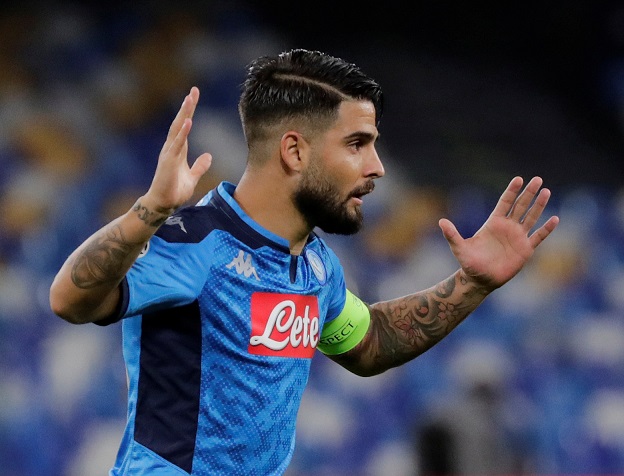 Napoli pair Lorenzo Insigne and Piotr Zielinksi have both been linked with a move away as tensions are reportedly rising at the club.

Last season, Napoli enjoyed a great campaign as they finished second behind perennial Serie A winners Juventus, securing their spot in the Champions League with ease.

However, it has been a very difficult start to the campaign for Carlo Ancelotti’s side as the Partenopei lie just seventh in the table, already 13 points adrift of leaders Juve.

They are also five points behind Cagliari who lie fourth in the table after 12 games.

Reports have suggested several players have threatened to go on strike after coming to loggerheads with club president Aurelio De Laurentiis.

He has responded by threatening a fire sale of all his key players and starting again.

Now, it has been rumoured that Liverpool are the club who will try and take advantage of this, with two targeted players in mind.

#Napoli, #DeLaurentiis could sell five stars in January in order to rebuild the squad https://t.co/eM9WyleuLm pic.twitter.com/7dajMtfXqx

The first is forward Insigne, who would cost the Anfield club a fee of around £55million.

The second is Polish winger Piotr Zielinski, who they tried to signed before his move to Naples and would now cost them a reported £40million.

Klopp is known to be a huge fan of Insigne and was strongly linked with a move for him back in Europe, though he has been quoted as saying a deal would be very difficult given the price tag and unlikelihood of displacing Mo Saah, Roberto Firmino, or Sadio Mane in the side.

As for Zielinski, he is reportedly hopeful of sealing an exit from Napoli due to the “appalling abuse” suffered at the hands of fans during the past few months.

Neither player has been in great form this season, mirroring club itself, with Insigne only scoring four goals in 14 matches, while Zielinski has failed to find the back of the net in 15 games.