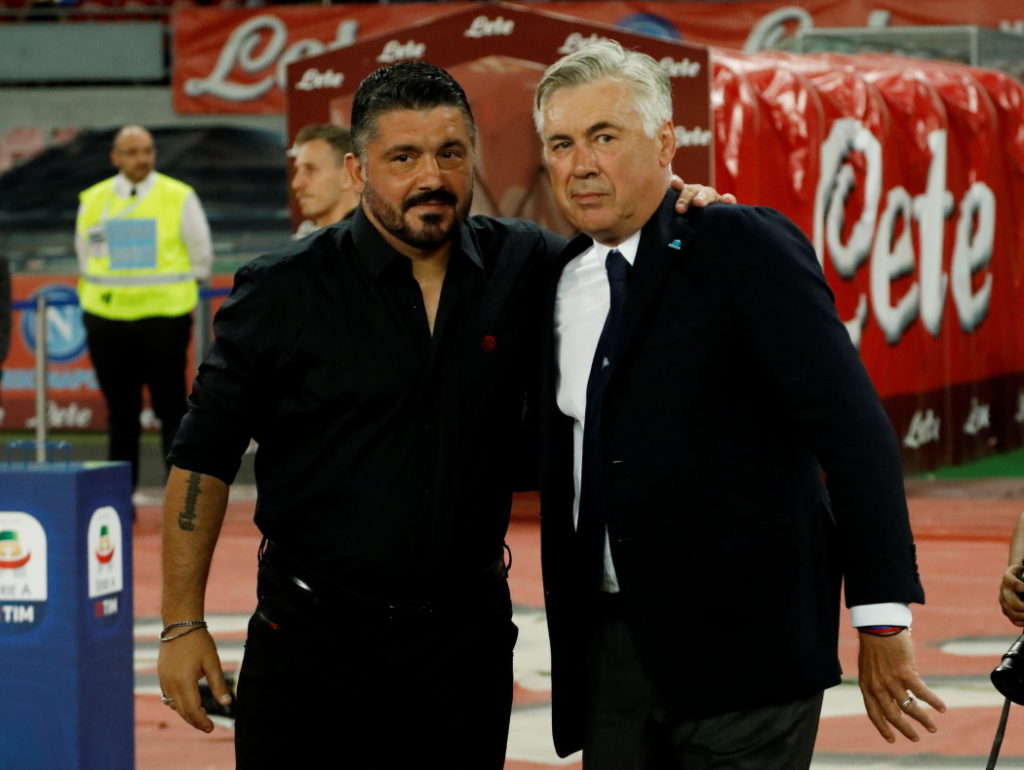 Napoli have confirmed the appointment of Gennaro Gattuso as the club's new head coach, replacing Carlo Ancelotti following his sacking on Tuesday evening.

Gattuso has been out of work since leaving AC Milan at the end of the 2018/19 season, having failed to secure a Champions League finish, but he has now been named as Napoli’s new chief.

The Partenopei made the surprise call to sack Ancelotti on Tuesday night just hours after he had led the Italian outfit to a 4-0 home victory over Genk in the Champions League, a result which confirmed their place in the last-16 stage of the competition.

It had been reported for a couple of weeks that all was not well with the former Bayern Munich and Real Madrid manager and his 19-month stint at the Stadio San Paolo has come to an end.

Ex-Italy international Gattuso, who has previously been in charge of Sion, Palermo, OFI Crete, Pisa and Milan Primavera, is looking forward to the challenge ahead and is confident of improving results.

“Seeing Naples in this ranking creates embarrassment. This team has the potential to reach the first 4 places. I found a team aware of the difficult situation, which wants to do well. I had good feelings.

“I’m not afraid of anything. I am aware that I can work with highly trained people. I hope to make the results.”

Gattuso’s first game in charge of Napoli will be Saturday’s Serie A clash at home to Parma, who have won their last two matches in all competitions.