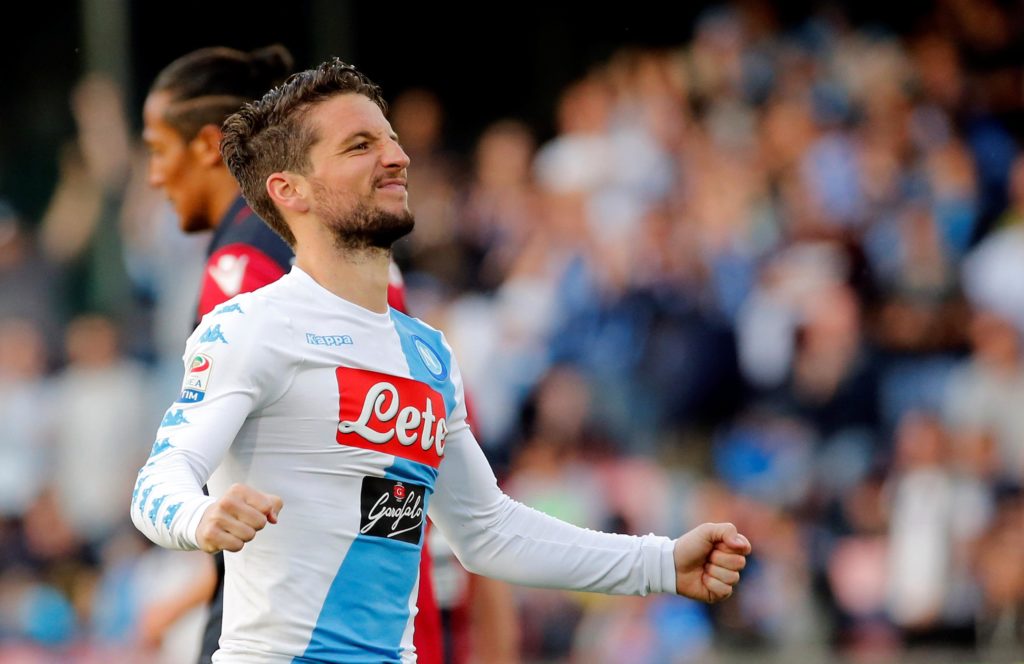 Napoli president Aurelio De Laurentiis has revealed attacker Dries Mertens will not be allowed to leave the Azzurri to join a rival club in Serie A.

The Belgium international is fully expected to leave Naples in the January window, with a host of clubs across Europe being linked with the player, who joined Napoli from PSV Eindhoven in 2013.

Mertens is out of contract in the summer and, rather than lose the 32-year-old on a free, Napoli are hoping to cash in next month.

Reports had suggested Serie A frontrunners Inter Milan were interested in the Belgian but De Laurentiis has now confirmed a move to a rival in Serie A is not going to happen.

“Mertens can leave,” he said. “But he has a clause in a contract which does not allow him to join another club in Italy after leaving Napoli.”

The news will be welcomed in the Premier League, with a number of clubs being linked with Mertens.

Manchester United are thought to be one of the frontrunners as Red Devils boss Ole Gunnar Solskjaer looks to bolster his attacking options at Old Trafford.

United would face competition for Mertens’ services, with Bundesliga giants Borussia Dortmund also being linked with a move for the player next month.

Reports have also suggested Napoli could use the money from the sale of Mertens to fund the wages of veteran Swedish striker Zlatan Ibrahimovic should he agree to move to Naples.