United and others after Milik as January move talk grows 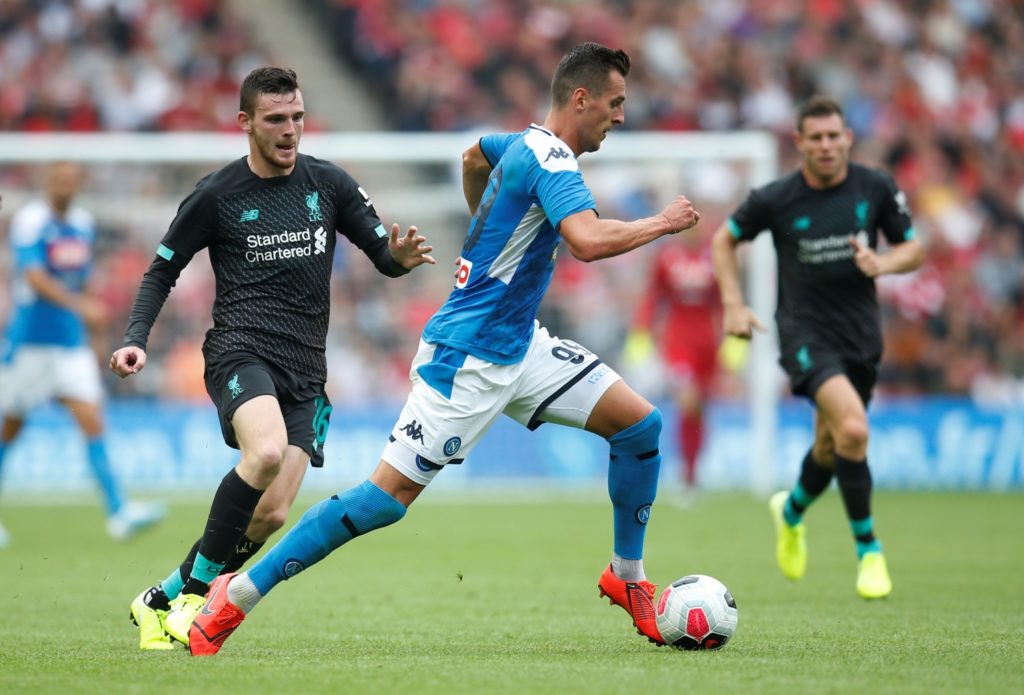 Napoli striker Arkadiusz Milik is in talks over a new deal but also remains on the transfer radar of several clubs, including Manchester United.

The Poland international remains one of Napoli’s key men and the club are hoping he puts pen to paper on a new, long-term deal with them soon.

It’s thought amicable talks have progressed well recently and Napoli are hopeful he will extend his terms, which currently run until summer 2021.

However, that has not stopped speculation over his future and he could be the subject of interest from clubs this month – and in the summer if he fails to agree a new deal – after an impressive spell for the Partenopei in front of goal.

The 25-year-old has hit seven goals in just eight Serie A starts this season in a campaign disrupted by injuries, but is now fully fit and that kind of form is attracting attention.

Premier League giants United are keen and may be ready to step up their interest in the summer – or possibly even this month if they get indications he is not planning to sign a new deal – as boss Ole Gunnar Solskjaer eyes a proven goalscorer to add to his forward options.

Milik certainly fits the bill as he’s now managed 44 goals in just 99 games for Napoli since joining from Ajax in summer 2016, having previously suggested he would welcome a move to England at some point in his career.

Other top European clubs are also keeping a watching brief on Milik, who is valued in the £50million bracket, as they wait to see if he remains committed to Napoli’s cause.