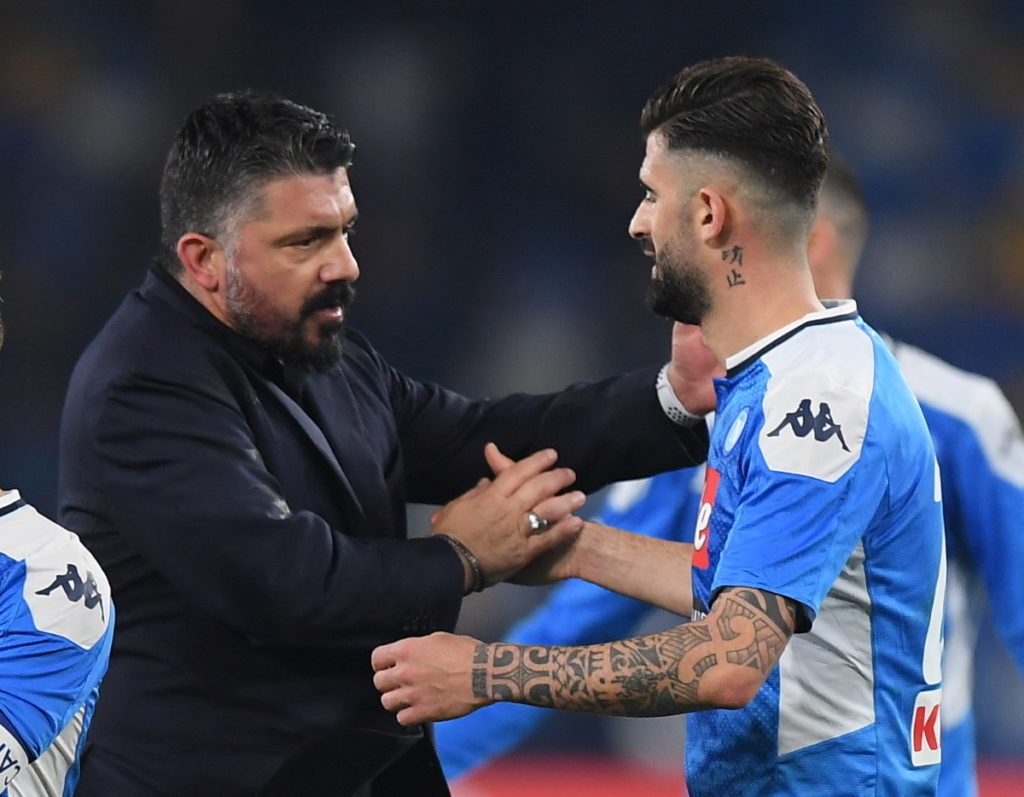 Napoli boss Gennaro Gattuso says his side were “too fragile” and not clinical enough in front of goal after Sunday’s defeat to Lecce.

The Partenopei’s hopes of climbing towards the European spots were dealt a big blow as they went down 3-2 at home to struggling Lecce.

The visitors held a 1-0 lead at the break thanks to Gianluca Lapadula’s effort.

Arkadiusz Milik levelled matters soon after the restart but Lapadula grabbed a second and Lecce moved 3-1 ahead through Marco Mancosu with eight minutes to play.

Jose Callejon reduced the deficit late on but his strike proved to be just a consolation for Napoli as their three-match winning streak came to an end.

Gattuso, who replaced the sacked Carlo Ancelotti in December, was disappointed with his side’s display and says they have to improve at both ends of the pitch if they are to challenge at the top of Serie A.

He told Sky Sports: “You can miss scoring chances, but the team is too fragile. Even if you don’t score, you must defend the 0-0 – we are too passive and not ruthless enough.”

He added: “We’ll review the match together, we’ll work on being compact, and by sniffing out danger. In the first minutes we had scoring chances, but once we faced pressure, we lost our confidence. This is our biggest problem, when we are attacked, we get scared. ”

Napoli return to action on Wednesday as they head to Inter Milan for the first leg of their Coppa Italia semi-final tie before a Serie A trip to Cagliari next Sunday.