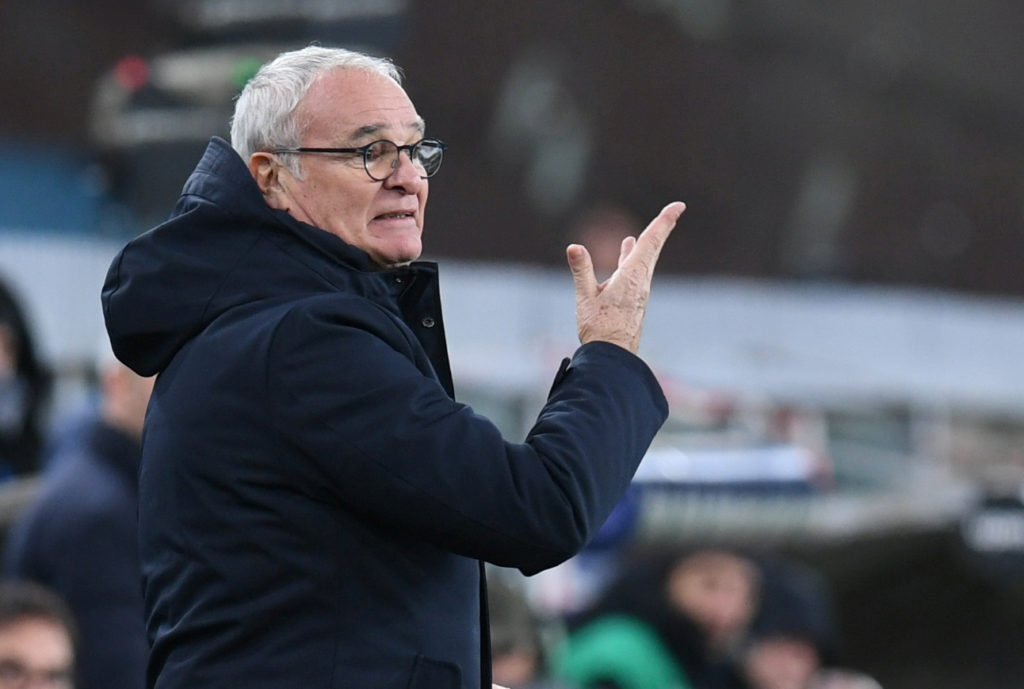 Sampdoria boss Claudio Ranieri says his side will need to be "perfect" to beat Inter Milan but is confident they are fully prepared for the match.

Ranieri leads his team into battle against one of his numerous former clubs on Sunday evening and, with their relegation rivals playing before them, Samp could be in the bottom three by kick-off.

The 68-year-old was handed the reins with I Blucerchiati in October but has so far struggled to drag them up the standings, winning just five of his 17 Serie A games in charge.

However, Sampdoria did win their last away game 3-1 at Torino and seem more suited to playing on the road, having lost only one of their last four, including a 1-0 derby victory over Genoa.

Inter bounced back from a Coppa Italia defeat to Napoli and a Serie A loss at Lazio thanks to Thursday’s 2-0 Europa League victory away at Bulgarian champions Ludogorets Razgrad.

The Nerazzurri enter the weekend three points behind leaders Juventus and Antonio Conte will be desperate to ensure their recent domestic blip does not become more than a temporary wobble.

With both sides needing the points for contrasting reasons, it is sure to be an intriguing contest and one Ranieri says he is ready for.

“A perfect Sampdoria, with a great desire to do, to be compact and to know how to attack at the right time,” Ranieri told reporters.

“Knowing how to defend properly because Inter make a lot of movement, have two wide players that push well. We know the strength that Inter has but we are prepared.”