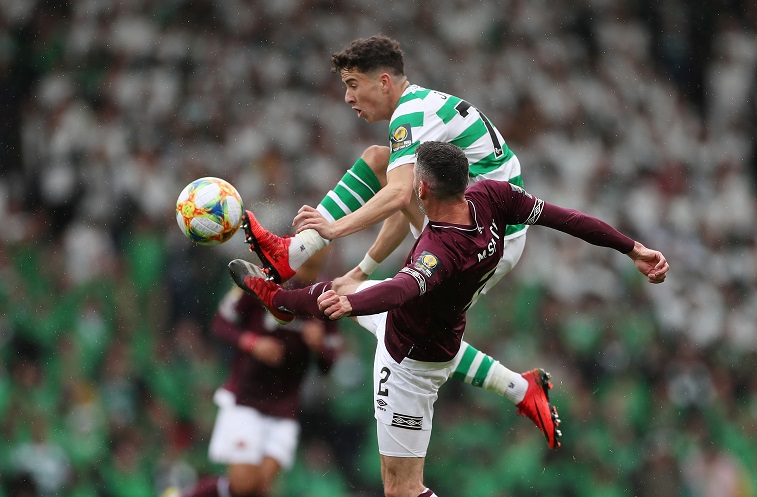 Celtic have received a blow with the news Mikey Johnston is set for another spell on the sidelines after picking up an unspecified injury.

Johnston made a positive start to the 2019/20 campaign, scoring one goal from three Scottish Premiership appearances, but his last outing came in the 2-0 victory against Rangers at Ibrox on September 1.

The 20-year-old winger was fit enough for a place on the bench for the 5-2 Scottish League Cup win over Hibernian on November 2 and there were hopes he could be set for a return to action.

Having returned to fitness, the Glaswegian was named in Scotland’s Under-21 squad for the Euro Championship qualifier against Greece, which takes place at Tynecastle on Friday.

Unfortunately, just like in October’s international break, the injury curse has struck again for Johnston after he was forced to pull out of the squad after picking up another issue.

Although disappointing to miss out for his country, this will give the winger time to work on his recovery and potentially get himself back in contention for when the domestic action returns on Saturday week.

Celtic, who are top of the league ahead of Rangers on goal difference, have won their last seven games in all competitions and they take on Livingston next at Parkhead on November 23.

Coincidentally, the Bhoys’ last defeat came against the Lions at Almondvale Stadium on October 6, a 2-0 defeat.

Johnston faces a huge task to win his place in the starting lineup back once he does return to fitness, with Mohamed Elyounoussi stepping up in his absence and impressing with a return of seven goals and six assists in 12 appearances in all competitions.