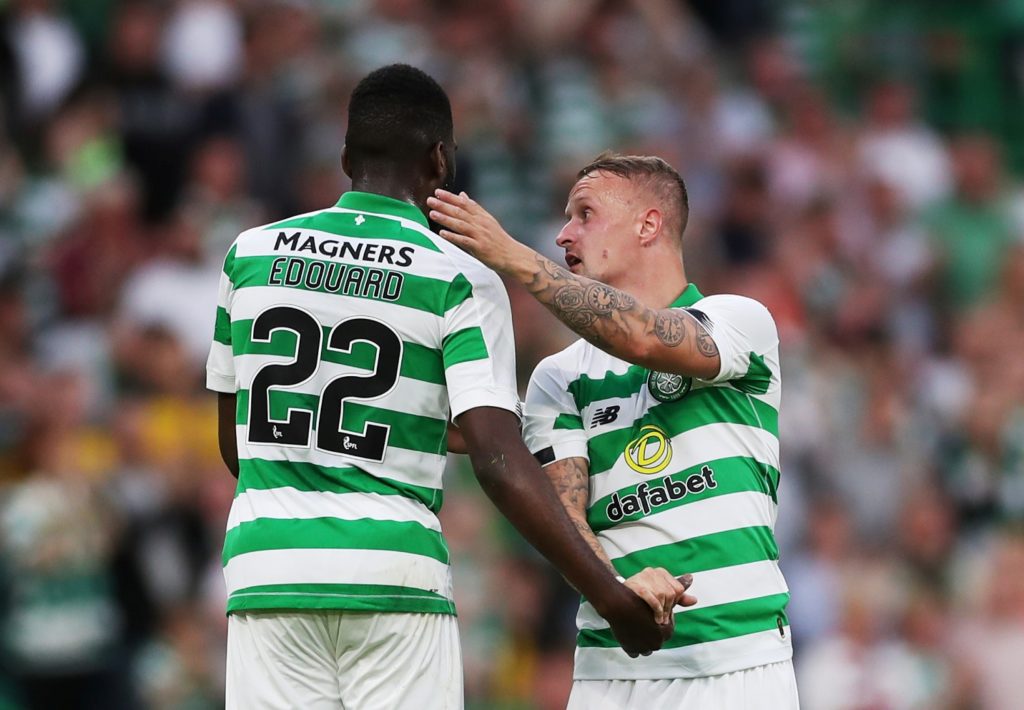 Celtic's Christopher Jullien believes the contrasting qualities brought by Odsonne Edouard and Leigh Griffiths are why they play so well together.

The Bhoys have mianly played with just a single striker over recent years, with Ronny Deila, Brendan Rodgers and Neil Lennon proferring a lone frontman but the Northern Irishman has tried a different approach since the winter break.

With a lack of wingers available, Lennon has utilised Griffiths and Edouard as a pair and the experiment has worked, with both getting on the scoresheet in Wednesday’s 3-1 win at Kilmarnock.

The duo are expected to continue their combination on Saturday when Ross County visit Parkhead, and, with Rangers not playing until Sunday at Hearts, Celtic can put pressure on their rivals.

Lennon said earlier this week that Mohamed Elyounoussi is expected back in the side next week so he may be forced into a rethink in February, but, for now, playing two up front is working.

Edouard leads the Scottish Premiership scoring charts with 18 goals and with Griffiths seemingly on the road to recovery following some off-field issues, the two will be aiming to fire the club to success.

Having seen the pair link up so well since returning from the winter break, Jullien, who scored his team’s third goal at Rugby Park, is convinced they have the requisite qualities to come together and form a potent double-act.

“I think this is why they are playing good together,” he is quoted as saying by the Glasgow Evening Times. “They are two different players. Both have good, good qualities.

“The fact they both enjoy playing together means they create a lot of chances. This is good for us.”