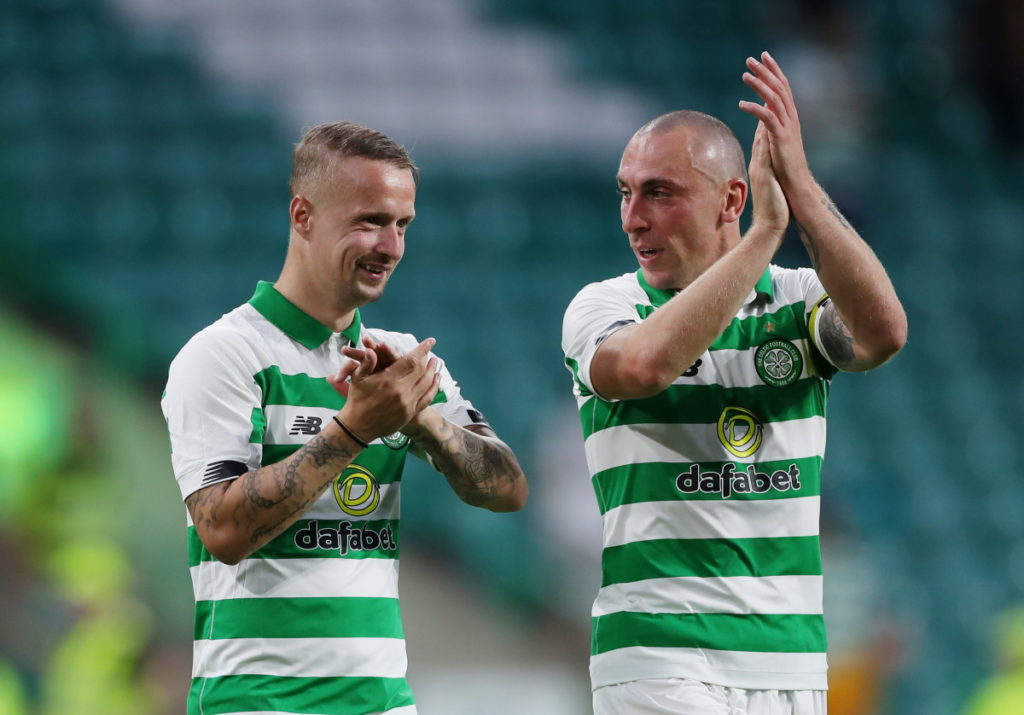 Celtic forward Leigh Griffiths has revealed he considered quitting the club to try and get his life back on track earlier this season.

The former Wolves forward decided to take a six-month break last year as he dealt with mental health and fitness issues.

Griffiths looks to be reaping the rewards from his decision to take a step back after netting four goals in six appearances since Celtic returned from their winter break, while taking his tally for the Bhoys to 80 Scottish Premiership goals in 146 appearances.

Griffiths says moving house has given him a fresh start and is delighted he pulled himself back from the brink having previously considered quitting football.

He told the Daily Record: “There was a part of me that thought, ‘right, is it worthwhile me just moving completely, get away and try to get a fresh start?’

“And then the flipside was ‘nah, I’ve got a lot of people to prove wrong here’”.

The 29-year-old has certainly benefitted from a change of scenery, and he has helped Neil Lennon’s side move seven points clear at the top of the Premiership table, although Rangers do have a game in hand.

Honoured to have passed such a club icon in big @JohnHartson10 . Hopefully a lot more to come. @CelticFC pic.twitter.com/n8pQQF2u1B

When asked about his upturn in form, Griffiths told the Scotsman: “What have I changed? Where I’m living, for one thing. I had to move through to Glasgow from Edinburgh, which was a massive change for me. I’ve always stayed in Edinburgh, so it was a bit of a shock for me to come through and one of the biggest decisions I’ve made, but I am loving it.”

Griffiths has now got five league goals in 16 appearances this season, and he continues to compete with Odsonne Edouard for a place in the starting XI.

Edouard leads the way and is deserving of his starting spot, with the Frenchman scoring 20 goals in 22 appearances.

Celtic face Clyde in the Scottish FA Cup on Sunday before they then take on Hearts next midweek.