Is it time Edouard makes the Premier League move? 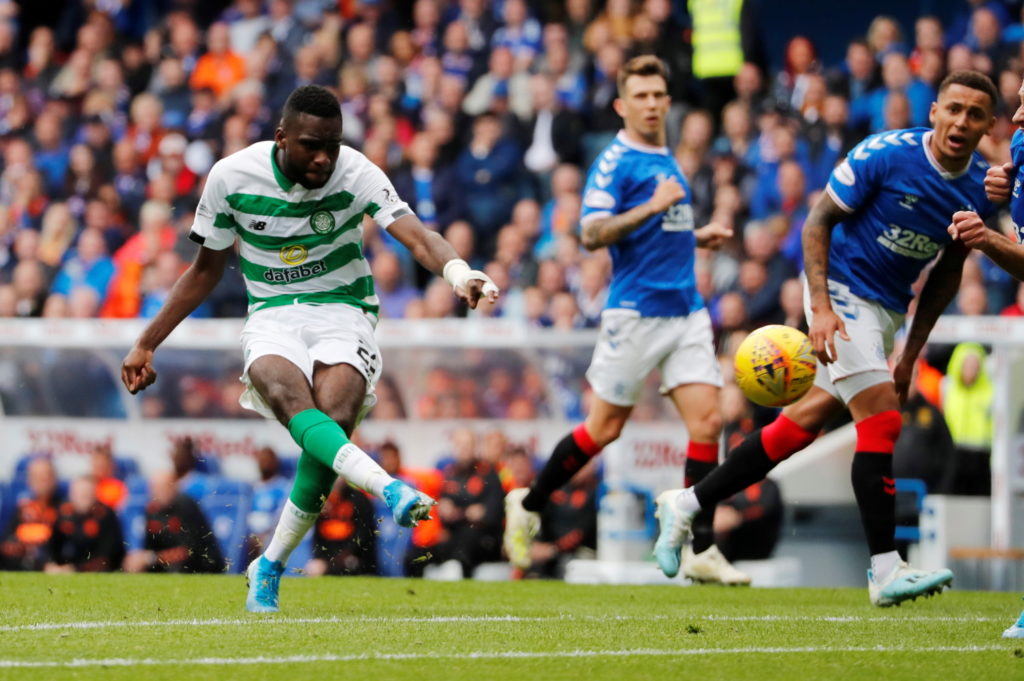 Odsonne Edouard may have dismissed speculation linking him with a move away from Celtic this summer, but surely now is the time to head to the Premier League?

France Under-21 international Edouard has been a revelation since he first arrived at Celtic on loan from Paris Saint-Germain in the 2017/18 campaign, scoring nine goals from 22 Scottish Premiership appearances during his debut season to help the Bhoys to the title.

The 22-year-old forward bettered his tally in the 2018/19 campaign after he joined permanently for £9million, netting 15 times in the league, and he has already managed to go past that total this term with four months of football still left to play, scoring 20 times from 22 top-flight appearances.

Edouard’s form this season has been nothing less than sensational and he has been awarded his second Player of the Month accolade for 2019-20 – adding to the one he won in August – prompting further interest from a number of top European teams.

🏆 Congratulations to @Oedouard22, who has been named Ladbrokes Premiership Player of the Month for January! pic.twitter.com/DJDKRSSPCj

The Frenchman says he is not reading the reports linking him with a move away in the summer, but Celtic boss Neil Lennon is expecting some offers to be lodged for his star man when the transfer window opens.

He said: “We have had no enquiries for him but I am sure somewhere down the line for a player of that calibre there will be.”

With a big transfer battle expected this summer, just where would Edouard be best off going as he aims to continue his impressive development?

Mikel Arteta is set to have a big overhaul of his squad this summer, getting rid of any of the percieved deadwood he inherited from Unai Emery, and there are doubts over the future of France international Alexandre Lacazette, who has found himself in and out of the team.

If the 28-year-old were to leave the Emirates, Edouard would be a perfect replacement. The Celtic star is effectively a younger version of Lacazette and with a fresher approach expected for the north London outfit for next season, he easily fits the mould.

Frank Lampard desperately tried to sign a new striker in January to provide competition for Tammy Abraham but, despite the efforts, he failed in his pursuit. Attacking reinforcements will be high on the agenda in the summer, especially with Olivier Giroud set to leave on a free and Michy Batshuayi also likely to be sold.

With the English manager happy to give youth a chance, Edouard is definitely a player that fits into the Chelsea scheme and he would certainly rival Abraham for the starting position up front, having lacked competition this season.

Just like Chelsea, United worked hard to bring in a new striker in January and they caused a big shock when landing former Watford star Odion Ighalo, who joined on loan from Shanghai Shenhua for the rest of the campaign and is in line to make his debut against the Blues on Monday evening.

With the Red Devils expected to explore other permanent options in the next window, they wouldn’t be going far wrong with a move for Edouard, whose movement and strength up front would allow the likes of Marcus Rashford and Anthony Martial to thrive.

The possibility of a move to Leicester is definitely increased due to the fact the current Foxes boss, Brendan Rodgers, managed Edouard when the pair were at Celtic together. The Northern Irishman was the one who brought the forward to Parkhead in the first place and they are said to have had a good relationship in Scotland.

Although Jamie Vardy is performing well for the 2015/16 Premier League champions, he won’t be around forever, and it seems Rodgers is eager to sign somebody to fill his shoes based on recent reports. Edouard knows how the Leicester boss works, meaning he fits easily into the team, while he is also unlikely to miss out on Champions League football with a move to the King Power Stadium.