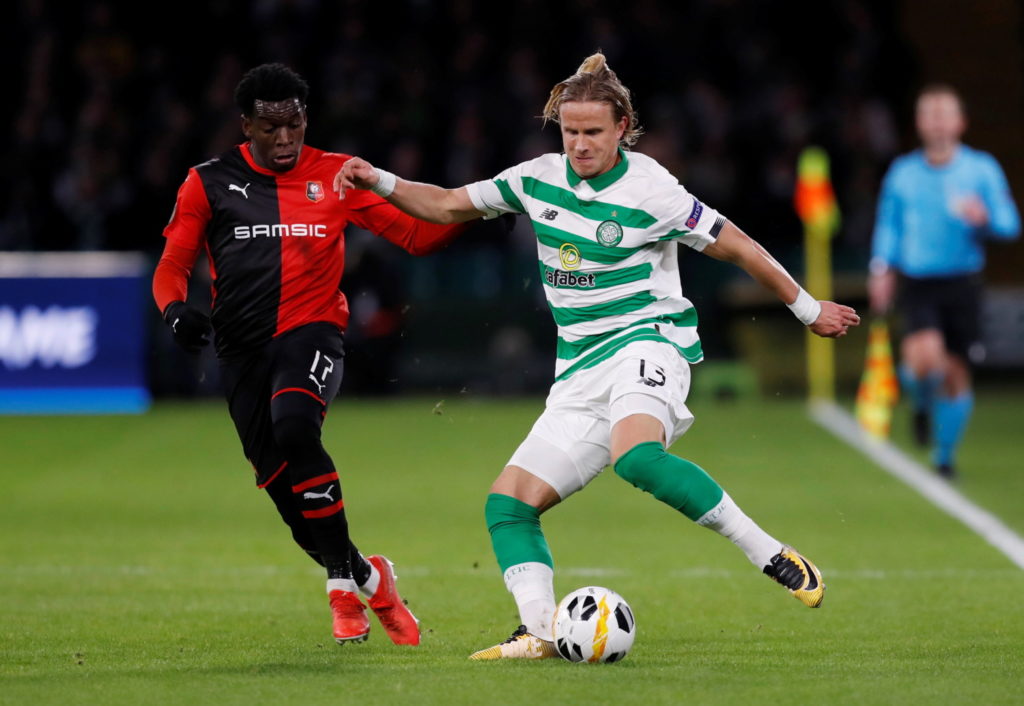 Celtic loanee Mortiz Bauer fears he may struggle to earn a spot with Austria at Euro 2020 due to the emergence of Jeremie Frimpong.

Bauer agreed to swap Stoke for Glasgow on a season-long deal last summer as he looked to put himself in the frame for Euro 2020.

Linking up with the Bhoys appeared to be a sensible decision and likely to land him with some silverware.

However, he has been restricted to just six starting appearances in the Scottish Premiership, featuring nine times in total, due to the form of Frimpong.

Frimpong signed on a permanent basis from Manchester City in September and has forced his way into Neil Lennon’s plans.

FRIMPONG! 🔥@JeremieFrimpong nets his first #CelticFC goal – what a start for the Bhoys in Aberdeen! 😍#ABECEL #SPFL pic.twitter.com/LC78uNbdKE

The Dutchman’s exploits have kept Bauer rooted to the bench and he admits his hopes of heading to the Euros have taken a huge hit.

Bauer said: “My initial aim was to play around 50 competitive games, but it will be significantly less because the club is pushing a young talent in my full-back position.

“It has not been a bad season for me, but also not satisfactory either. It is clear to me that I am not holding the best hand to get into the Austria squad for the Euro 2020 Finals and that time is not on my side.”

Austria have been drawn with Netherlands and Ukraine in Group C at next summer’s competition with one of the play-off winners set to complete the group.