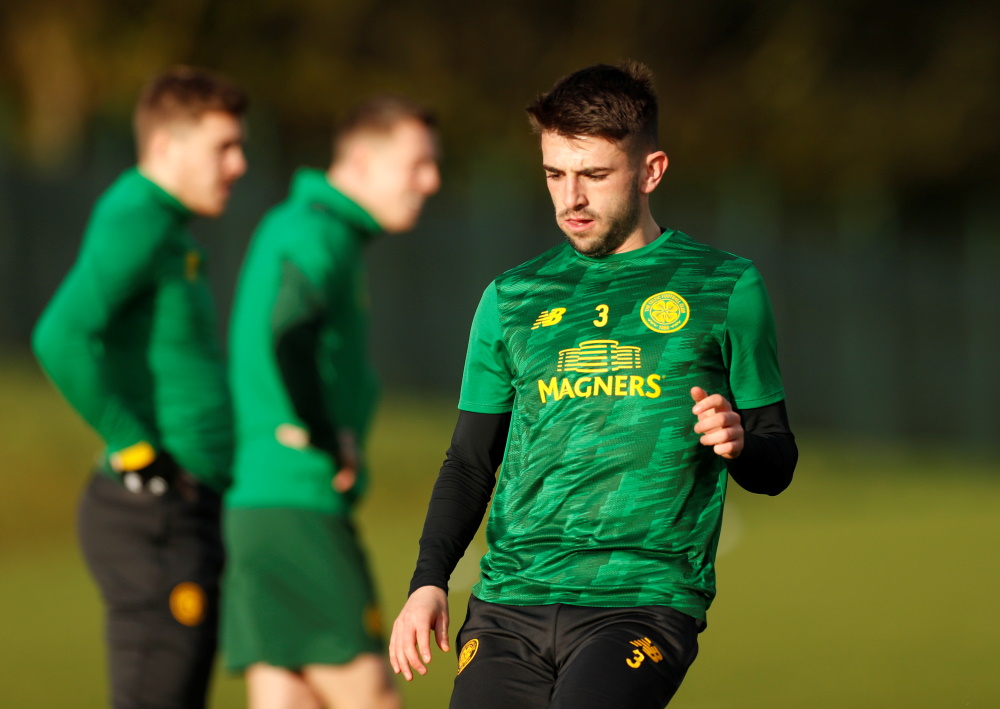 Greg Taylor says he's enjoying the attacking license Celtic's current formations allows him but admits he still has plenty to learn about being a wing-back.

Taylor made the move to Celtic Park from Kilmarnock late on in the summer transfer window following the departure of Kieran Tierney to Arsenal.

Tierney’s impressive four-year stint in Glasgow saw him leave some big shoes for Taylor to fill at left-back and it took a little time for the Scotland international to settle in.

Having finally got a run in Neil Lennon’s starting XI, the 22-year-old is determined to make the most of his opportunity and has impressed with his recent performances.

Lennon has recently deployed Taylor at left wing-back having switched to a 3-5-2 system and that appears to suit the ex-Killie man’s style.

Taylor provided two assists for Callum McGregor and Ryan Christie during Wednesday’s 5-0 thrashing of Hearts as the Bhoys moved 10 points clear at the top of the Scottish Premiership and is happy to be more involved in the attacking side of the game for Celtic.

Taylor feels he is learning on the job when it comes to his new role but feels he has demonstrated that he deserves to keep his place in Lennon’s starting XI.

“I never played 3-5-2 at Kilmarnock so there is a wee bit more onus on me to get involved in the attacking play now,” he said. “It’s about learning and I’ve done that over the last few months. I’ve been fed wee bits of information and taken it all on board. I’m a keen learner and I want to improve.

“This is my longest run in the team so I’m growing in confidence with every game. Long may it continue.”

Taylor went on to address the inevitable comparisons he is beginning to draw with predecessor Tierney and says it is nice to be mentioned in the same sentence with a player so highly thought of by the club.