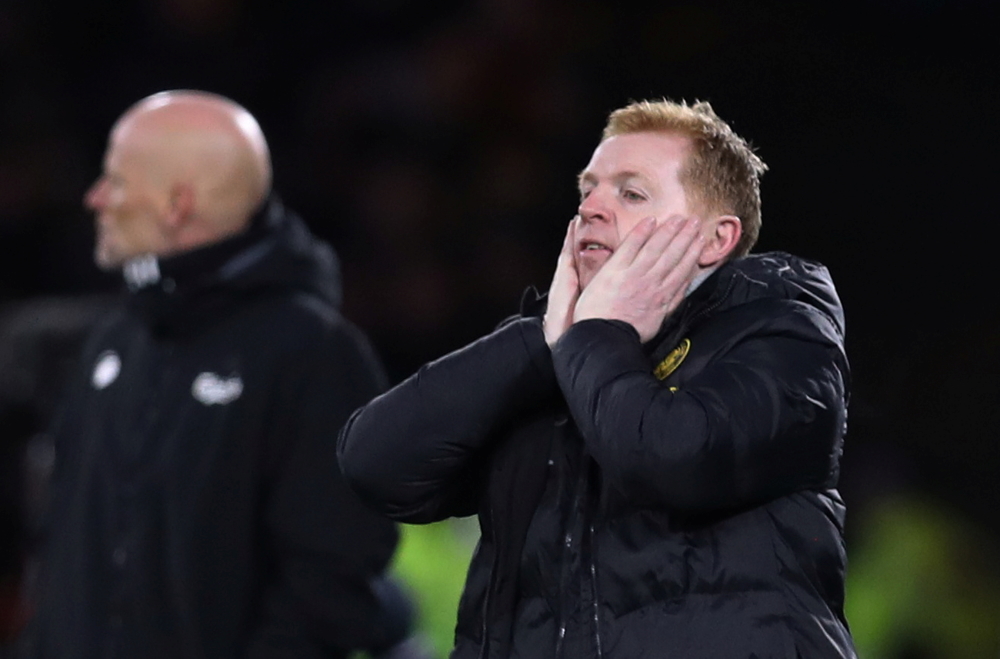 Neil Lennon says he will not be singling out anyone for criticism in the wake of Celtic's 3-1 Europa League defeat to FC Copenhagen.

The last-32 tie was finely balanced at 1-1 following the first leg at the Parken Stadium last week, but the Danish side took the lead in the 51st minute on Thursday through substitute Michael Santos, who took advantage of a slack back-pass by Hoops defender Jozo Simunovic.

It was a crushing blow for the Scottish champions as they slipped to defeat for the first time in 2020.

Having pulled away from Rangers at the top of the Scottish Premiership, confidence levels were high amongst the squad that they could transfer that form to Europe, especially after a decent first-leg performance in Denmark.

However, they couldn’t overcome the individual errors that proved so costly, although Lennon says he won’t be singling out any member of his squad for criticism, leaping to the defence of Simunovic.

“I am not going to throw anyone under a bus. We win as a team and lose as a team,” Lennon said. “They are a really talented bunch of players but we have let ourselves down.

“I have not spoken to Jozo. I have a duty of care to him, he has come back from a long-term injury and he has been absolutely fantastic.

“These players have been absolutely brilliant for me, I am not going to sit here and criticise them for mistakes. They deserved better tonight and they didn’t get that. Sometimes football is cruel.”

Lennon will hope to see his team bounce back from Thursday’s disappointment when they take on St Johnstone in the quarter-finals of the Scottish Cup on Sunday.