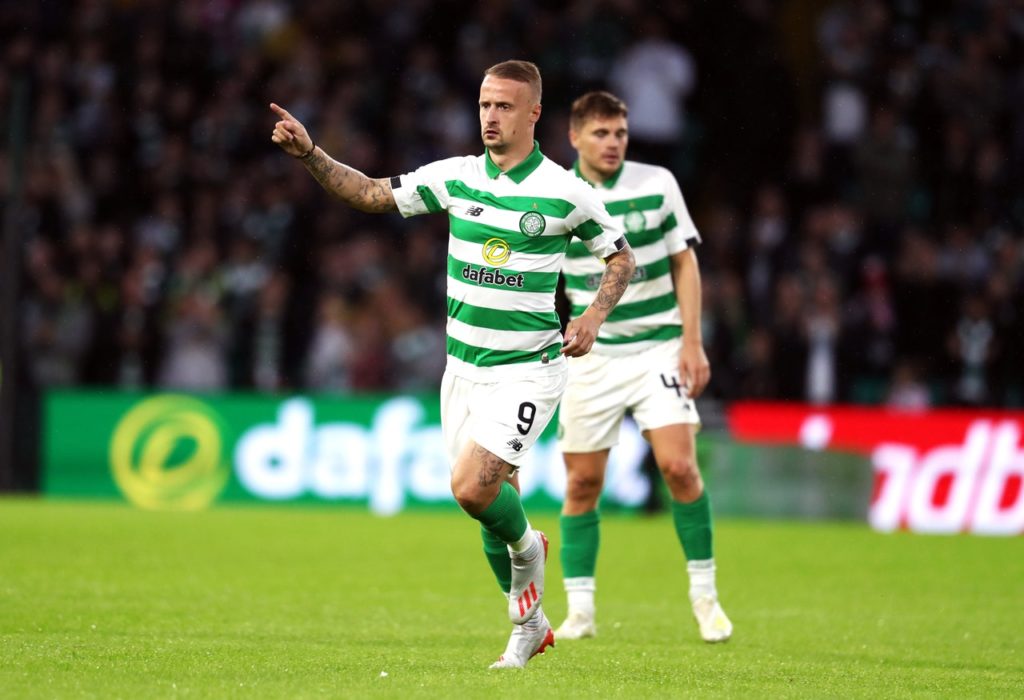 Celtic forward Leigh Griffiths has promised the club's fans that he will return to action in much better shape once the suspension is lifted.

The former Wolves striker has done incredibly well to battle his way back into Neil Lennon‘s plans this season, after a difficult period off the pitch.

Griffiths has managed to compete with Odsonne Edouard in recent months, providing Neil Lennon with another option in the final third, while he can also play two up front effectively.

The Scotland international has scored nine goals in 21 appearances, while Edouard has netted 22 in 27 matches this season.

Eight of Griffiths’ goals have come after the winter break, including a hat-trick against St. Mirren, and he claims he still has more work to do after having to play catch up for the majority of the campaign.

Up close and personal as the Bhoys put 5 past the Buddies!

He told the Celtic View: “I feel there’s more to come from me. I can still get fitter and sharper, so that’s what I’m working on for now. The manager hasn’t had to say much to me. I know I can get a bit leaner and fitter so I’m working on that now.

“You want that to be concrete, but if you’ve been told something, and they can see room for improvement, you have to get that done.

“Seeing the improvement in all the different areas means more positivity, and that’s only good, so it gives you more motivation to keep working hard.”

The Hoops are 13 points clear at the top of the Scottish Premiership, but rivals Rangers do have a game in hand over Lennon’s men.

Celtic’s grip on the title looked to be slipping at the start of the year when they lost to Rangers on December 29 but they have since gone on a 10-match unbeaten run in the league.

They were due to play St Johnstone this weekend but like the rest of Europe, they continue to wait for an update on when the season can resume.