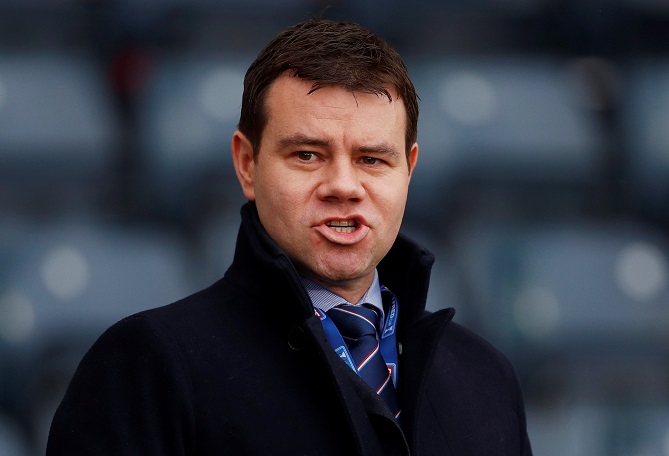 New Rangers sporting director Ross Wilson insists the Ibrox club do not have to sell any of their prize assets during the January transfer window.

Wilson, who was handed the sporting director role on October 14 this year, has been quizzed about the prospect of Rangers being forced to sell their key players during the January window.

The Light Blues are facing a £10million funding gap this season, having already announced annual losses of 11.3m, and there have been calls for the club to cash in on some of their star men.

Colombia international Alfredo Morelos has been attracting interest from across the globe and with a £20m price tag on his shoulders, he would be one of the first players up for sale if the club need to raise some funds.

The 23-year-old scored his 22nd goal of the campaign during Sunday’s 2-0 league win at Livingston and Premier League duo Crystal Palace and Aston Villa are said to be monitoring his form.

Manager Steven Gerrard has already declared he is “100 per cent sure” the striker will be going nowhere and the former Liverpool captain has been backed up by Wilson.

Asked if he could state that the club did not have to cash in on its biggest assets, Wilson replied: “Categorically. We want our best players to stay here as long as they possibly can. We understand that like every other club in world football that there comes a point when players have to move on to something else for a variety of reasons.

“We’ll be no different to that but it’s certainly not on the horizon in January.

Wilson’s new role at the Ibrox outfit will see him lead a number of departments at the club’s Hummel Training Centre, including the scouting system and youth academy.

But while the former Falkirk, Huddersfield, Watford and Southampton employee confirmed he will not be the man searching for fresh talent, he assured supporters that the hunt for a replacement for Morelos for when he does eventually depart is already well underway.