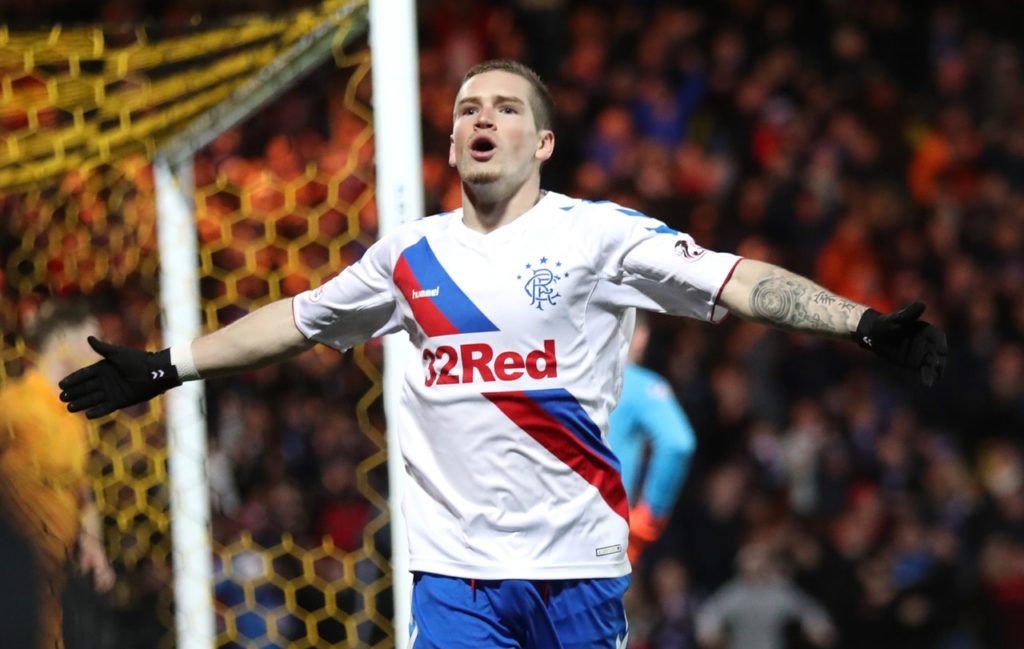 If Rangers are to cause an upset and win the Scottish Premiership title this season, it looks like Ryan Kent will be the key.

Alfredo Morelos has rightly dominated the headlines with his prolific form in front of goal this season and there is no surprise he has been linked with a move south of the border, with Aston Villa being connected with the Colombian’s services.

But for anyone who witnessed Rangers’ 3-1 victory at Hamilton on Sunday, it was clear to see why Gers were so desperate to get Kent back to Ibrox on a permanent deal over the summer.

The attacker enjoyed an impressive loan spell in Glasgow last season but still the 23-year-old was well down the pecking order at his parent club Liverpool.

Leeds United were thought to be battling out for Kent’s signature but were priced out of a move for the Oldham-born star.

It appeared that Kent was eager on a return to Ibrox and Gers spent £6.5million, their second highest fee for a player, to land the Englishman.

That display against Hamilton was something special with two fine goals to help the Light Blues to three points and stay level on points with arch-rivals Celtic.

What was even more special about the performance was that manager Steven Gerrard does not think Kent is up to top gear just yet and that will have Rangers supporters even more excited about what could be around the corner.

“I know everyone will get excited about his two goals today, he will get the headlines and rightly so,” Gerrard said. “But we still have to be patient with him because he is still searching for match fitness and sharpness, 100 per cent being at it. They are his own words.

“So once we get him a little bit more tuned in and sharper, you will see more moments and displays like today. But that’s the exact reason the fans all wanted him here and why we were desperate to get the deal done – he is such an important player to us.”

Rangers really have some big challenges to come in the Premiership and they will once again be tested in their next two league games.

Gers first host Hearts on Sunday before a tricky away trip to rivals Aberdeen on December 4.

It will be interesting to see how Gerrard balances of his squad for that trip to Pittodrie, as just four days later, Rangers go toe-to-toe with Celtic in the Scottish League Cup final.