Morelos tipped to bounce back from Cup nightmare 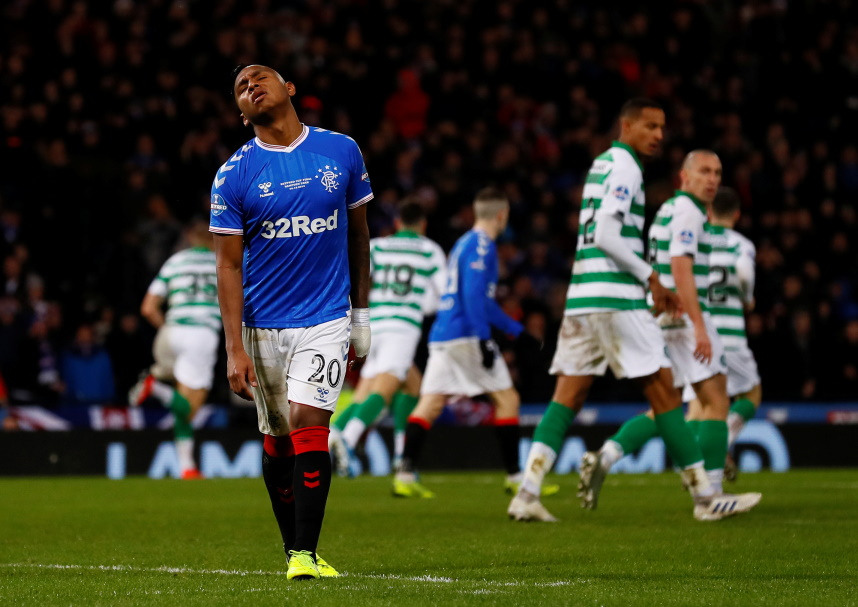 Rangers midfielder Scott Arfield has backed Alfredo Morelos to quickly get over his Hampden Park nightmare at the weekend.

Morelos missed a penalty and failed to find the net from another eight shots at goal as Rangers fell to a 1-0 Betfred Cup final defeat against Celtic.

The Colombia international has never scored against Celtic in 11 matches but Arfield is confident the 22-year-old will brush off his latest failure.

Arfield has dismissed the notion that Morelos will need the support of the players as he has the character to bounce back himself.

The former Falkirk and Burnley player is also confident that the Light Blues will quickly put their painful loss behind them – because they have to.

Steven Gerrard’s men will qualify for the Europa League knockout stages if they avoid defeat against Young Boys at Ibrox on Thursday.

They then take on third-placed Motherwell at Fir Park as they bid to maintain their Ladbrokes Premiership title push.

“We are under no illusions as to how tough the schedule is, so this is just a setback. We reflect and move on.”