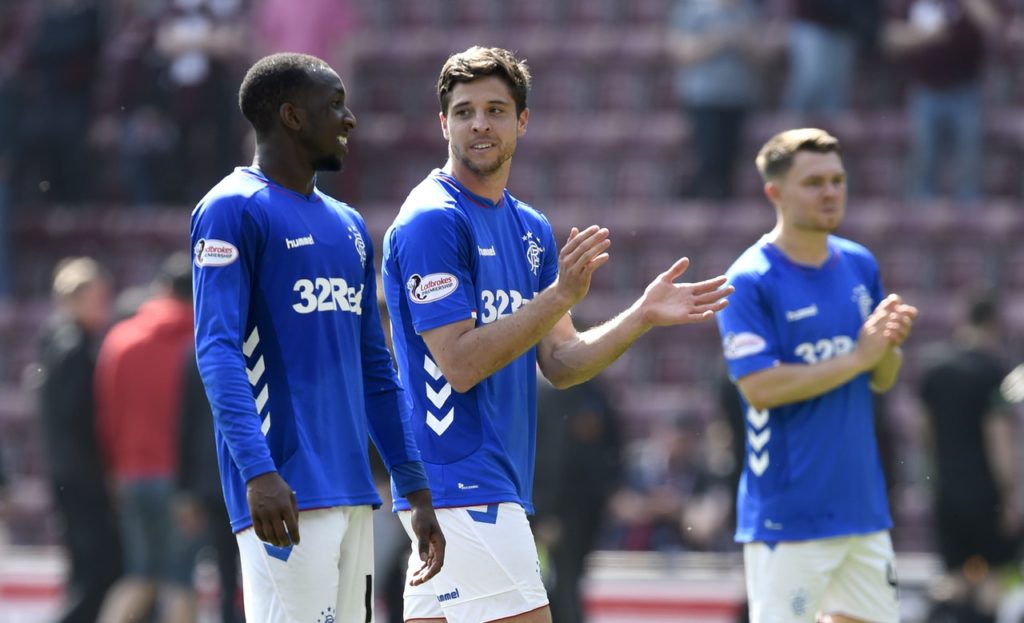 Rangers fringe player Matt Polster could be offered the chance to get his career back on track in Scotland as three Premiership clubs want him.

The 26-year-old has so far failed to make the grade with Rangers, who are willing to move him on, and there is interest from a number of MLS sides, who are keen to take him home.

However, reports claim the player does not want to head home with his tail between his legs, having failed to make the breakthrough with Rangers, and would prefer to stay in Scotland.

Visa issues make a move to England unlikely as he would have to submit a fresh work permit application to the Football Association.

The Rangers defender and Brittany Held exchanged vows at the plush Palms Casino Resort in Sin City in front of their family and friends.https://t.co/gBdVwsGh4g

Instead, he will be staying north of the border amid interest from at least three Ladbrokes Premiership clubs.

The former Chicago Fire man convinced boss Steven Gerrard to hand him a two-and-a-half-year deal 12 months ago after impressing on trial.

But the midfield anchor has struggled to dislodge the likes of Ryan Jack and Steven Davis from the Ibrox line-up and has made just five appearances so far.

Polster can also operate at right-back but was stuck behind James Tavernier even when the Rangers skipper’s form took a worrying dip during the early months of the campaign.

Gerrard’s team has largely picked itself in recent weeks, having closed to within two points of Celtic with a game in hand following the Old Firm win at Parkhead, and Polster has struggled even to get into the matchday 18.