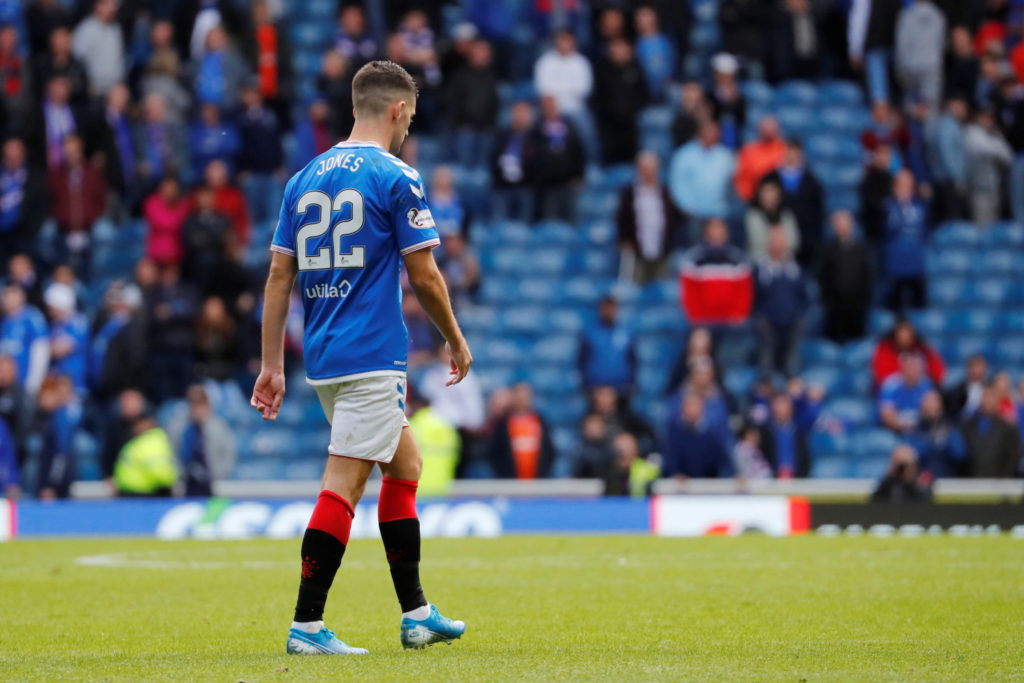 Rangers winger Jordan Jones is a man in demand with three English Championship clubs said to be chasing his signature.

Jones has been out of action since suffering a serious knee injury against Celtic back in September but is now closing in on a return to full fitness.

He is currently with the rest of the Gers squad as they warm-weather train in Dubai and has a point to prove to boss Steven Gerrard.

The Light Blues boss was far from happy with the rash tackle in the Old Firm game that led to the injury and to him also being sent off.

Up until that point Jones had been flying following his move from Kilmarnock in the summer but could now face a battle to get his place back in the side.

Rangers have gone from strength to strength without him, qualifying for the last 32 of the Europa League and battling with Celtic for the SPL title.

Gerrard will now see how the player responds over the next couple of weeks but reports claim there is a possibility he could loan him out for the remainder of the campaign.

If he does decide to go down that route there will be no shortage of clubs south of the border willing to take him.

Middlesbrough, Stoke City and Blackburn Rovers have all been mentioned and will battle it out for his services if the Gers make him available.

Jones would prefer to stay and fight for his place after getting his dream move to Ibrox but the decision may be taken out of his hands.