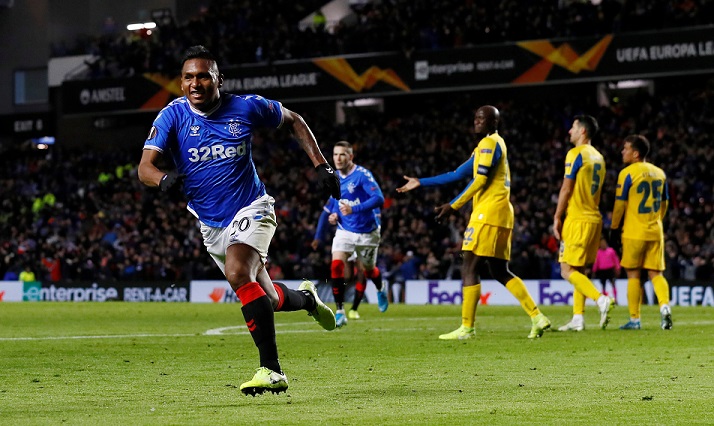 Rangers could face a fresh battle to keep Alfredo Morelos after Inter Milan emerged as shock contenders to sign the striker.

Morelos continues to go from strength-to-strength with the Light Blues having bagged 28 goals in all competitions this season, so it is no surprise that clubs are showing an interest in him.

There has been speculation linking him with a move to the Premier League, with Aston Villa said to be among the interested clubs.

Dean Smith’s men are in the hunt for another striker but they may not be willing to meet Rangers’ demands during this transfer window.

However Inter Milan could be willing, with Antonio Conte looking to bolster his squad as they push for the Serie A title in the second half of the season.

Inter already have one of Europe’s most formidable strike partnerships in the form of Romelu Lukaku and Lautaro Martinez, so it is hard to see where Morelos would fit in.

But that is not stopping suggestions the San Siro giants could make a move for the Colombian strike ace before the closure of the window.

Inter's ongoing search for another striker has led them towards Rangers star Alfredo Morelos, according to Football Insider.

The fiery Colombian has starred for the Scottish giants and could be offered the chance to head for Italy.pic.twitter.com/S19fpOworH

Rangers are determined to keep hold of their star striker as they push for honours of their own, but boss Steven Gerrard has admitted they would sell if they were offered crazy money for him.

What that figure is nobody knows, but it is thought that an offer over £20million would certainly test their resolve before the deadline.

Morelos would no doubt be interested if Inter did come in, but as things stand, no offers have been made.