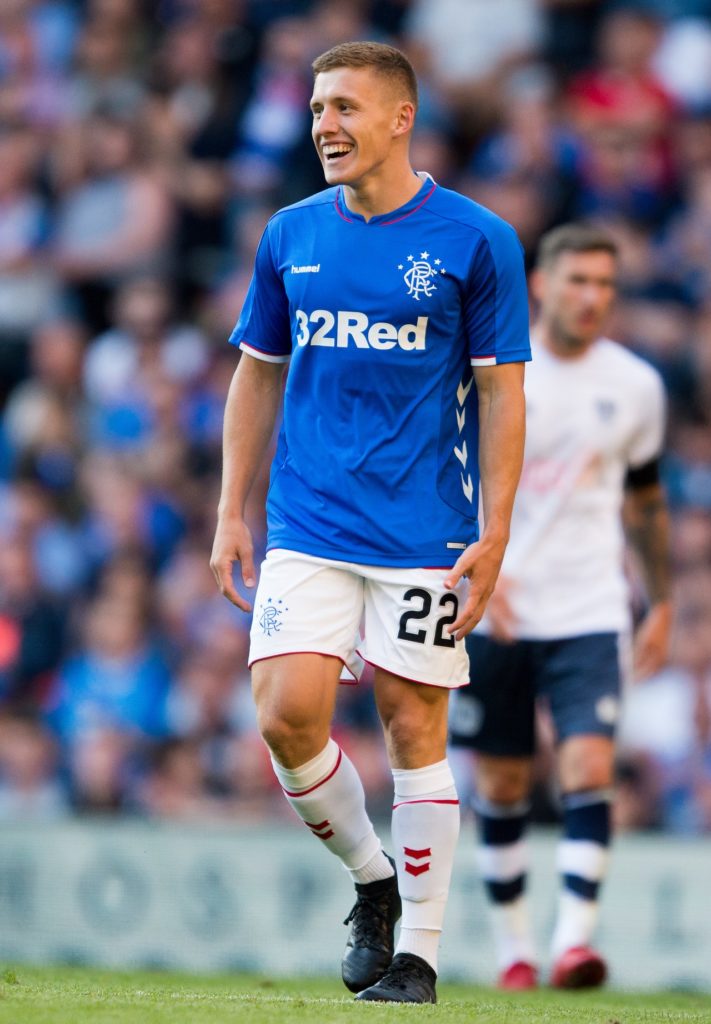 Hibernian have suggested they will look to sign Rangers forward Greg Docherty on a permanent basis, should he become available in the summer.

Docherty joined Hibs such before the closure of the January transfer window and is due spend the rest of the season on loan with them, but there is a chance the deal could become a permanent one.

The 23-year-old is already catching the eye for Hibs and capped his full debut with a goal as they wrapped up a 4-1 win over BSC Glasgow in the Scottish Cup.

The way Docherty celebrated the goal suggested that he too would be happy for a longer stay with Hibs, but there is still a long way to go before a decision can be made.

Docherty also spent time on loan with Shrewsbury Town last season, and it does not take an expert to work out that he does not figure in the long-term plans of Steven Gerrard.

The Gers boss is likely to sanction a permanent move in the summer, and now Hibs just have to work out if they will be able to complete a deal.

The player has a contract until the summer of 2022 so Hibs will have to pay a transfer fee, and the whole deal could hinge on what Rangers will be asking for.

“He is a good player,” Hibs assistant boss John Potter said. “We want good players at this club. Obviously he is contracted to Rangers, we just have to wait and see.

“But if there are good players and guys we can think we can get in we would love to have them.”