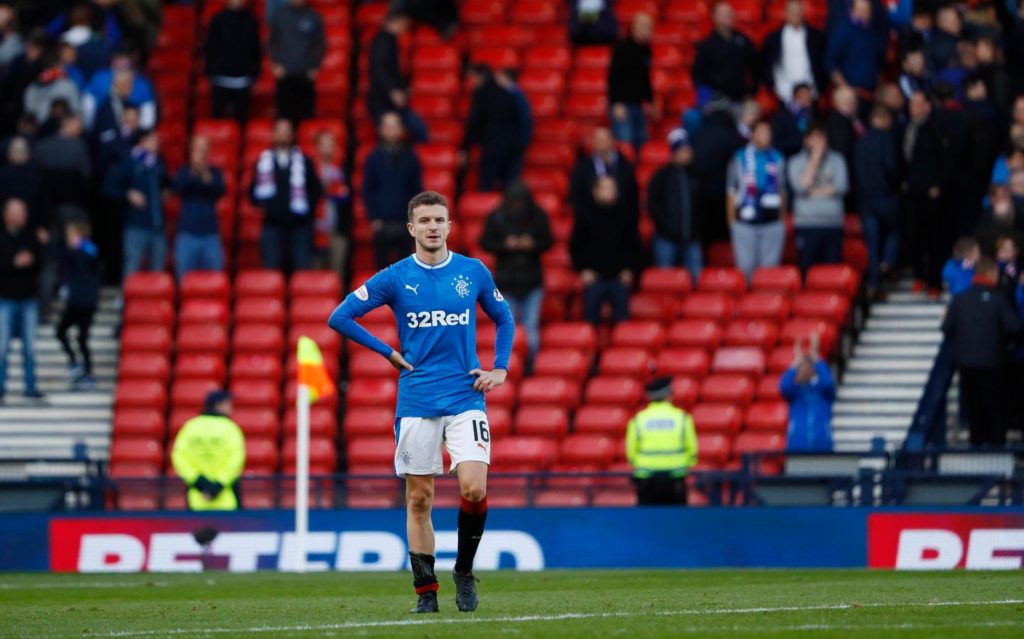 The Light Blues began the year in a strong position as they looked to end Celtic’s title dominance, but a run of poor form and results have left their hopes dangling by a thread.

Celtic are in the box seat and look set to win the title again, meaning Rangers could have to look elsewhere as they attempt to win silverware for the first time in quite a while.

Steven Gerrard’s men did well to make it through to the last 32 of the Europa League, and they now face off against Portuguese side Braga, who will be stern opposition to say the least.

However Halliday says the Light Blues are up for it and are capable of getting the result they need to go even further in the competition.

The Gers star says it is also nice to focus on another competition after having a tough time of it in the league over the last few weeks.

“It is always a welcome distraction, to go from competition to competition, so it’s one we are looking forward to,” he said. “To be honest, I am pretty confident that if we play to our capabilities it is one that we can overcome.

Gers also have the return of the Scottish Cup to look forward to, while a league clash with St Johnstone is squeezed in between the two games with Braga.