Gerrard backs strike star to shine for Rangers in Braga 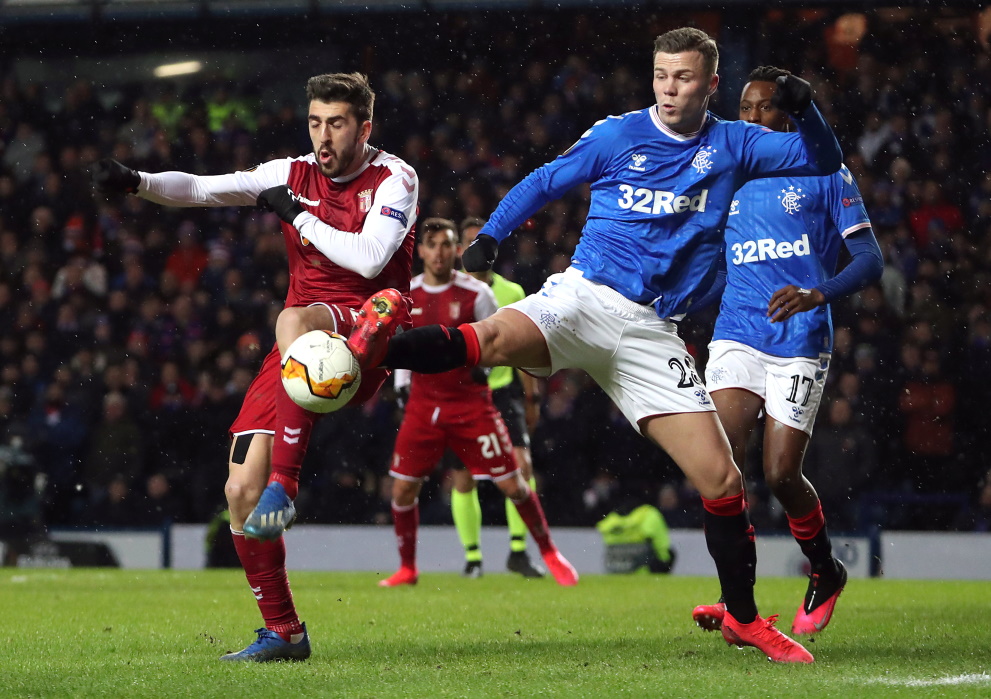 Steven Gerrard has no doubts that Florian Kamberi can step up to the plate when Rangers travel to Portugal to take on Braga in the Europa League.

The on-loan Hibernian forward grabbed his first Rangers goal in style, volleying home from 18 yards less than five minutes after coming on as a half-time substitute against St Johnstone at the weekend.

The Swiss-born Albania international then set up Joe Aribo to score after turning Jason Kerr with a brilliant dummy.

Kamberi’s heroics could not get Rangers the win they needed to avoid losing further ground in the Ladbrokes Premiership title race as Saints hit back for a 2-2 draw.

But they have given Gerrard some comfort as he heads into Wednesday’s Europa League second leg against Braga without the suspended Alfredo Morelos and injured Jermain Defoe.

Rangers hold a 3-2 lead and Kamberi will have his work cut out against the classy Portuguese side, but Gerrard believes he can make his mark following his Perth display on Sunday.

“On the evidence of that, yeah, for sure,” Gerrard said. “It will be a different type of game, he is going to have to be selfless and do some real, dirty, strong running and sacrifice himself for the team at times, of course he will.

“But you can see that if he gets an opportunity then he knows where the back of the net is. Which, for us, is a real big positive.”

Kamberi would have swapped his goal for all three points at the weekend, but he is determined to carry on shining in the hope Gerrard will find it hard to leave him out.

“I try every day to give the manager something to think about to play me,” he said. “I will respect any decision he makes. It’s about Rangers, it’s not about me. It’s about what is best for the team, and I will be ready whenever he gives me a chance.”