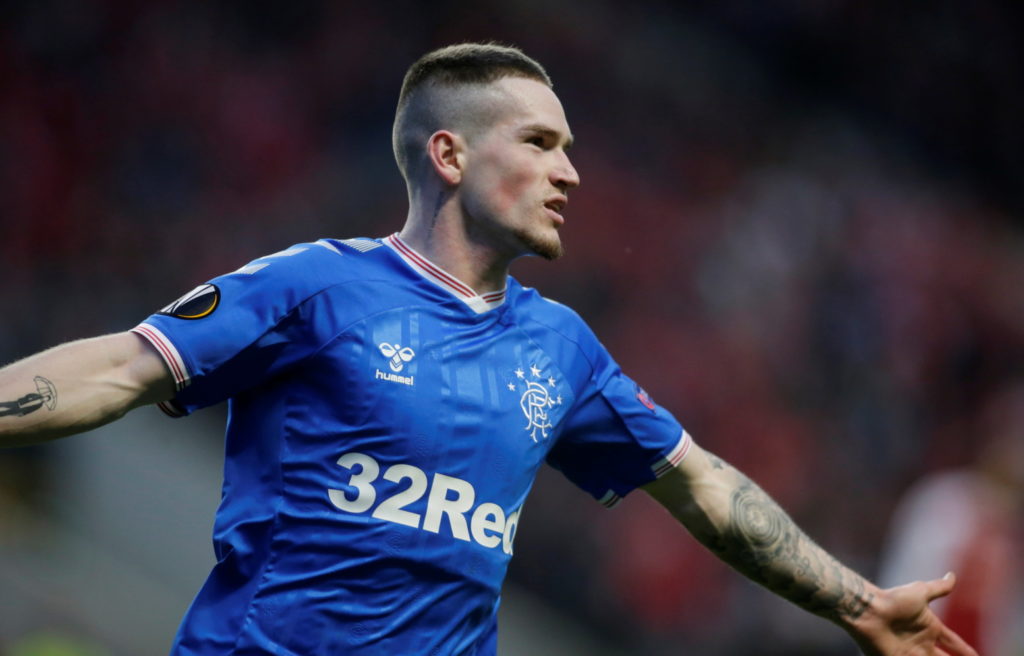 Steven Gerrard is hoping Ryan Kent can now kick on after he scored the only goal to fire Rangers into the last 16 of the Europa League.

The £7million man has struggled to justify that hefty fee amid Gers’ winter slump, but the former Liverpool winger has gone some way to repaying that sum after securing the Light Blues a £925,000 windfall with the only goal against Braga at the Estadio Municipal.

The Ibrox men should have extended the 3-2 lead they travelled to Portugal with during the first half but wasted three golden chances – with Ianis Hagi becoming the fourth Rangers player this season to miss a penalty.

But Kent sealed Gers’ place in Friday’s draw 16 minutes after the break to send the 5,000 fans who had journeyed from Scotland wild and now Gerrard hopes it will help the Englishman return to his best.

“Ryan is a player that we need that level of contribution from. There have been a lot of opinions on Ryan of late on what type of form he is in,” Gerrard said. “But he delivered a big moment for us and he could have had two.

“Hopefully this will do his confidence the world of good because there will be times when people aren’t happy with him and it’s a little bit up and down.

“That is part of being a footballer at a top club. But some of the opinions I have been reading of late on Ryan are ludicrous. He’s a top player.”

Gerrard dropped a major surprise an hour before kick-off when it was announced George Edmundson would partner Connor Goldson at the heart of his defence, with the out-of-form Nikola Katic benched after Sunday’s St Johnstone horror show.

It was a major call, with the young Englishman untested against top-level opposition, but he stood up to the task as he and Goldson stood firm.

Gerrard added: “The partnership of the two centre backs tonight was faultless. George was thrown in at the deep end but there’s one way to get European experience. At some point a manager has got to trust you to go in, whatever the challenge is.”