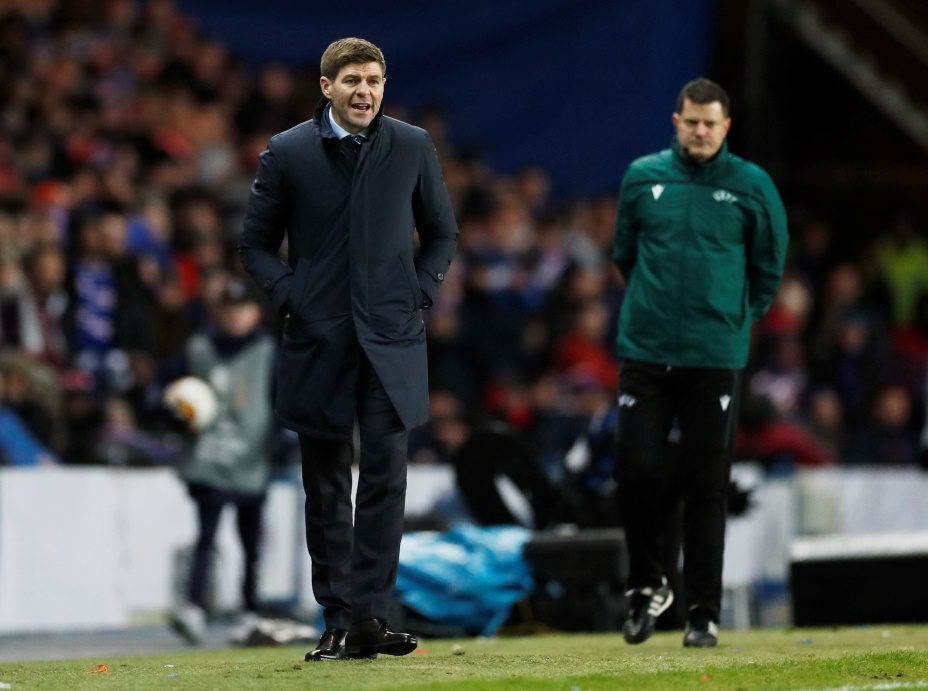 Steven Gerrard refused to use the coronavirus panic as an excuse after Rangers were left staring at a Europa League exit.

The Ibrox boss admitted he had spent the day leading up to his side’s last-16 clash with Bundesliga giants Bayer Leverkusen keeping track of the latest updates. But he insists worries over the pandemic were not to blame after seeing Gers crash 3-1 at Ibrox.

“I have been listening to a lot of noise today,” he said. “Did I worry the game might not go ahead? Only this morning, speaking to Ross Wilson (Rangers’ sporting director) on my way in. We were waiting for the nod that everything was going to go ahead as normal.

“But we found out pretty early, so it didn’t affect preparation or didn’t affect the mindset. We can’t be looking for that as an excuse.”

George Edmundson’s header raised hopes Rangers could complete another remarkable rescue mission after fighting back from two down to stun Braga in the previous round, but they were snuffed out by Leon Bailey’s late effort.

It leaves the Ibrox men with a huge mountain to climb in next week’s closed-door clash at BayArena.

However, it remains to be seen if the Rhineland return will even go ahead. Leverkusen chiefs are due to hold talks with local authority officials in the coming days, while UEFA bosses will hold a summit involving all 55 member nations to decide whether to continue with European competition.

Bosz repeated his call for the tournament to be shelved until the crisis passes, but Gerrard admits he is in no place to be making demands after seeing his side slump at home in Europe for the first time under his watch.