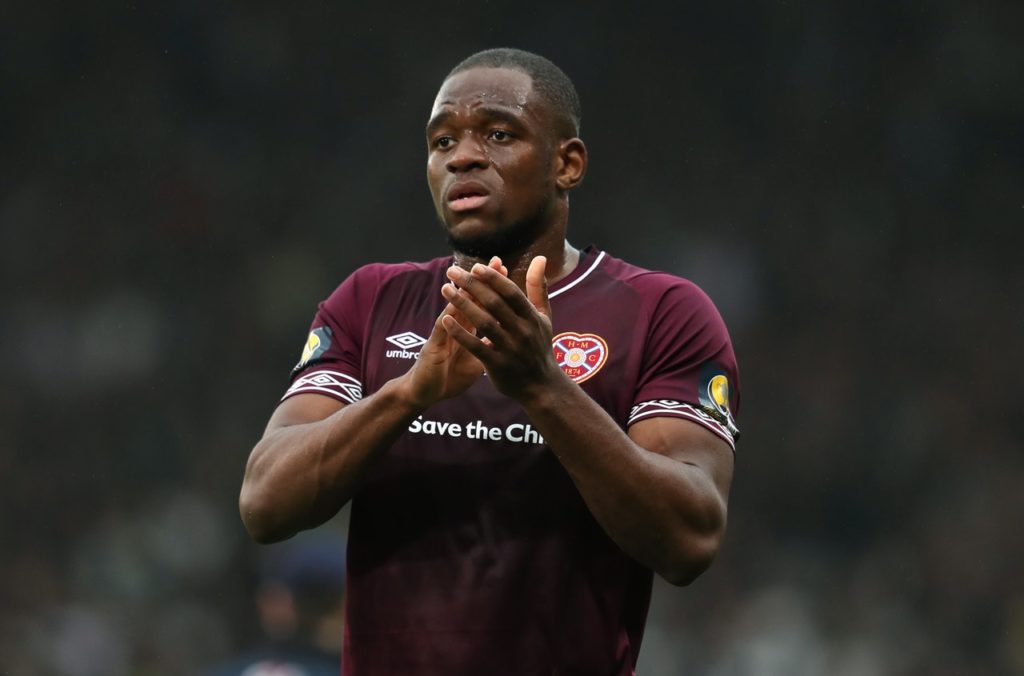 Rangers have had their hopes of landing Uche Ikpeazu boosted with the striker tipped to leave Hearts this summer.

The Edinburgh outfit are bracing themselves for a summer clearout at Tynecastle, with many players thought to have had their wages cut amid the coronavirus crisis.

Ikpeazu could be one of the first big names out the door, which will come as a boost for Rangers, as the Light Blues were previously linked with the towering forward.

Hearts, who have been a thorn in Rangers’ side this season, have been taking cost-cutting measures to try and get through this enforced spell without Scottish Premiership football.

Among those likely to be moved on to pastures new are Ikpeazu and flop midfielder Loic Damour, who was only brought in last summer from Championship outfit Cardiff City.

The players’ union in Scotland is now thought to be seeking talks with Hearts owner Ann Budge and first-team players.

Fraser Wishart, Chief Executive of PFA Scotland, said: “We have been contacted by our members at Hearts. It would be inappropriate to comment until we have spoken to them in more detail and spoken with the club.”

Ikpeazu’s imminent departure could rekindle Rangers’ interest in the London-born frontman, who impressed at Cambridge United before making the move north of the border to the Scottish capital.

Rangers are likely to face competition from elsewhere, with Scottish champions Celtic also being linked with a move for the 25-year-old ahead of the summer window.