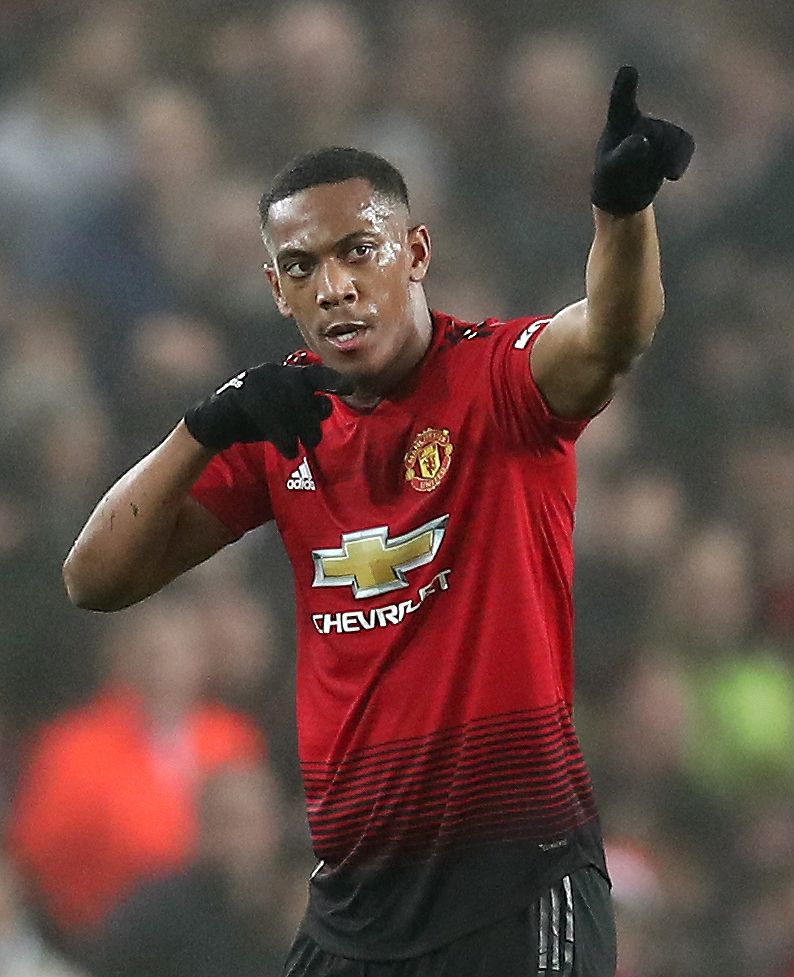 The Red Devils started brightly only to be caught by a routine punt up the field as they fell behind on 15 minutes.

Martial levelled matters nine minutes before the break, scoring his 14th goal of the season, leaving Ole Gunnar Solskjaer’s side in the ascendency for next week’s second leg at Old Trafford.

United were doing their best to quell a raucous atmosphere early on and they enjoyed a period of pressure as Andreas Pereira’s low drive forced Simon Mignolet into a smart low save.

The visitors failed to make the most of the set piece, though Nemanja Matic felt he’d earned another corner near the left-hand by line quickly after.

The officials gave a goal kick and former Liverpool goalkeeper Mignolet used his initiative in launching it long and quickly.

It could have been two on 28 minutes, Dennis Bonaventure brushing past Diego Dalot and firing at Romero’s goal only to be denied by the keeper.

The home side were architects of their own downfall for the equaliser.

A throw in from Maxim De Cuyper appeared to catch Brandon Mechele off guard, as he allowed the ball to run across his body seemingly unaware of Martial lurking inside him.

The Frenchman’s pace took him through on goal and he was decisive in beating Mignolet with a cool finish for the crucial away goal.

Martial could have doubled his tally before the break, Mignolet this time turning his shot against a post.

The second was controlled by Brugge, but they couldn’t find that crucial second goal.

De Cuyper, impressive on the ball throughout, made nice ground down the right on but Mats Rits’ shot was off target.

The home side’s best chance came 12 minutes from time. Dennis got the best of Harry Maguire and teed up Odilon Kossounou, but he failed to find the target with a scuffed shot.

January signing Odion Ighalo once more came off the bench late on for Man United, who will be confident of completing their passage to the last-16 on home soil.