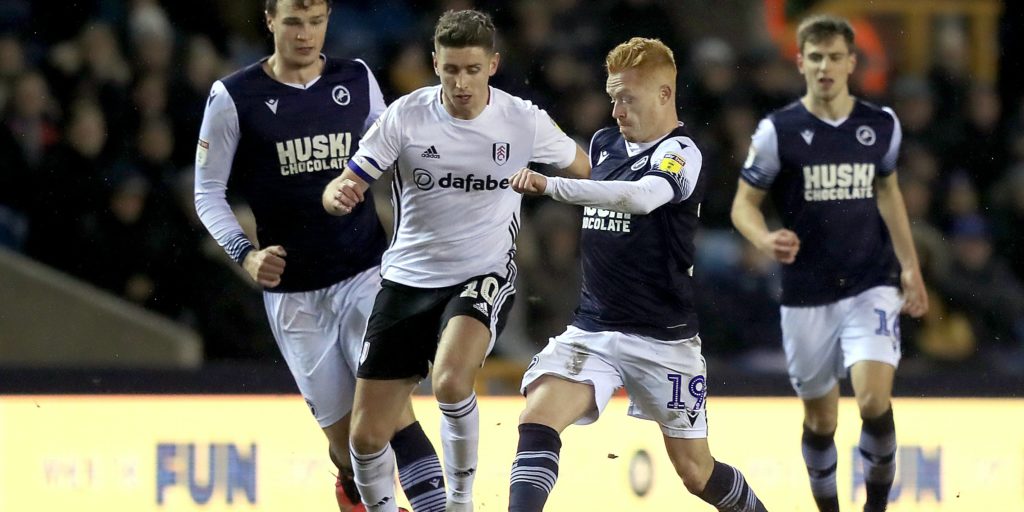 Woods, on loan from Stoke, impressed at Millwall to help them finish in eighth.

Ryan Woods has agreed a return to Millwall on another season-long loan deal from fellow Sky Bet Championship club Stoke.

The midfielder impressed at the Den after linking up with old Potters boss Gary Rowett and will be part of the Lions squad for the 2020-21 campaign.

Woods told the official club website: “It was a no brainer, I’ve really enjoyed my time here since joining. I think that’s started to reflect on the pitch. I’m starting to get my confidence back, which I lacked for 12-14 months.

“I’m delighted to be back to myself and I want to help out the team as much as possible going into next season.

“I’m really pleased with the last few weeks, it’s probably put me in line with the rest of the players in the league. I was a bit behind having not played much football at Stoke.”

Woods made 18 appearances for Millwall last season, but they fell short in their play-off bid after they finished the term in eighth position.