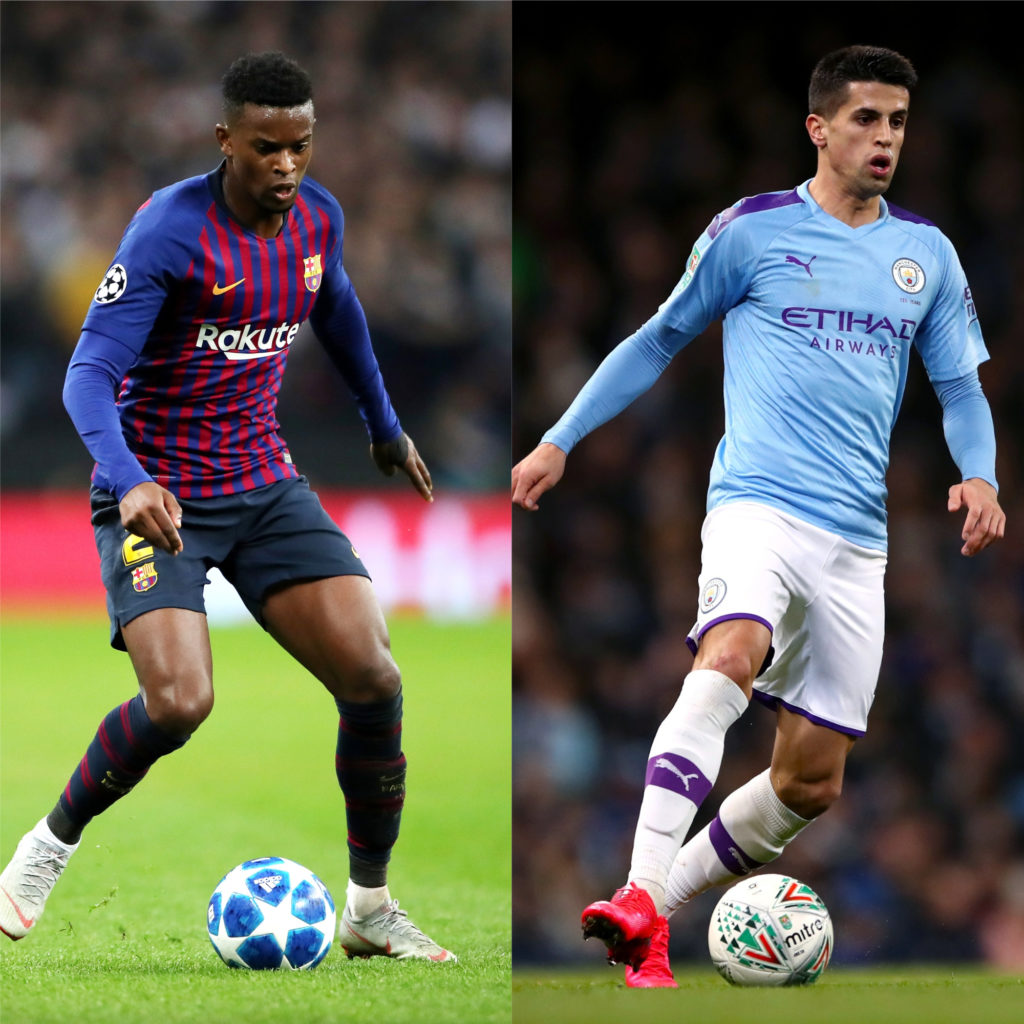 Manchester City could swap Joao Cancelo for Barcelona’s Nelson Semedo as clubs get creative on transfers, according to the rumour mill.

Manchester City’s Joao Cancelo could be on his way to Barcelona with Nelson Semedo going the other way, as clubs contemplate player swaps in the next transfer window amid the financial uncertainty of the coronavirus outbreak. The Daily Telegraph says Cancelo, 25, is wanted by Barca, and that a fullback-for-fullback switch for his Portuguese compatriot Semedo, 26, is on the cards.

Arsenal and Manchester United are in the hunt to sign Bayern Munich midfielder Corentin Tolisso, according the Daily Mirror. The France international has started only seven games at Bayern since Hans-Dieter Flick became manager in November. The 25-year-old is thus contemplating a move, and Arsenal and United are at the top of calculations, ahead of Juventus, Atletico Madrid and Napoli.

Tottenham have firmed in the betting in the race to sign Philippe Coutinho, the Daily Mirror reports. While Chelsea emerged as the front-runner to lure the Brazilian this week, Spurs are now also contemplating a move to acquire the midfielder on loan. Coutinho, 27, has fallen out of favour at Barcelona and is currently on loan at Bayern Munich. Manchester United, Tottenham, Everton and Leicester are also reportedly interested.

Lionel Messi says he is going nowhere, despite rumours of a move from Barcelona to Inter Milan. The Argentinean great took to Instagram to deny the speculation, calling it “fake news”. The 32-year-old is contracted to Barca until next year.

Chelsea winger Pedro could be on his way to Roma in the summer, says the Daily Mirror. The 32-year-old has appeared surplus to requirements under Frank Lampard of late, making just nine Premier League appearances this season. Roma have been in talks with the Spaniard, who can leave Chelsea on a free transfer in the summer.

Jack Grealish: Everton have emerged as the latest club keen on signing the Aston Villa star, according to Football Insider, though the Toffees will face stiff competition from a host of clubs, led by Manchester United.