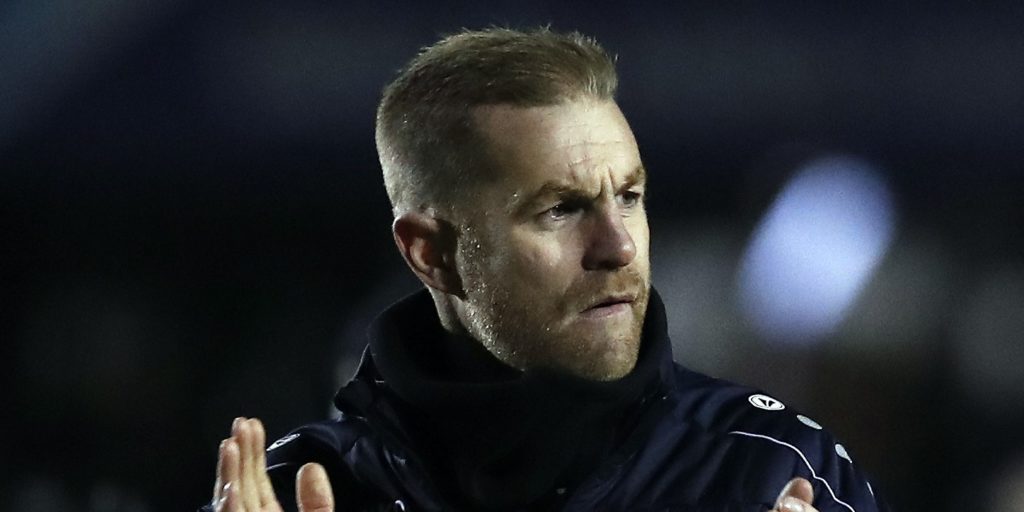 Victory over Notts County will earn the North Yorkshire club a place in League Two.

The North Yorkshire club face Notts County in their maiden Wembley appearance as they look to ascend to the Football League for the first time in their 106-year history.

Weaver has been in charge since 2009 and his father Irving is the club’s chairman.

Asked how it will feel if promotion is sealed, Weaver told the PA news agency: “Words probably couldn’t describe it.

“For my mind, it will just be fireworks really, an absolute thrill if we could gain Football League status. Eleven years ago, I wouldn’t have ever dreamt of us being in the Football League. I’m sure I’d just be floating on air.

“It would be a massive deal for us, groundbreaking. Excitement levels would go through the roof – and they did at the weekend (when Harrogate beat Boreham Wood 1-0 in their semi-final).

“Running out as winners was just an amazing moment, when the final whistle blew and we were on our way to Wembley.”

Weaver, who last made a Wembley trip in 1993 aged 15 to watch Sheffield Wednesday’s FA Cup final replay defeat against Arsenal, added: “We are taking an 83-year-old (club president George Dunnington) and an 87-year-old (vice-president Clive Dunnington) who have been in Harrogate all their lives, have helped build the old stand.

“One of them (George Dunnington) said ‘it is going to make my life, going to Wembley’. It is going to be an emotional day. It’s not just for ourselves, it’s for people like that who have the club at heart. It means a great deal.”

Weaver admits that after the National League season was halted in March due to the coronavirus pandemic, at one point it looked “very bleak” in terms of second-placed Harrogate having the chance to go for promotion.

The picture subsequently changed and now, having beaten fifth-placed Boreham Wood on Saturday in their first match in more than four months, Weaver’s men are preparing to take on a Notts County outfit who came third in the table and are aiming for an immediate return to League Two.

“They’ve got a lot of experience in their ranks, talented players, a really good manager (Neil Ardley) and that weight of expectation driving them on, because they’re historically a huge club,” Weaver said.

“The vast majority of our squad is still intact from when we were in the National League North play-offs two years ago.

“We haven’t got the experience, but we’ve got legs, energy and a shared purpose which is powerful. And there won’t be fans in the stadium but we’ll be doing it for our growing fanbase.

“I don’t think we can bow down in our heads, thinking we have to play second fiddle just because historically they are a much bigger club than us. It’s about now, about staying in the moment as much as we can.

“That’ll be a skill in itself because of the surroundings of Wembley, even when people aren’t supporting there. We have to put things to the back of our mind and try to treat it as another game.”