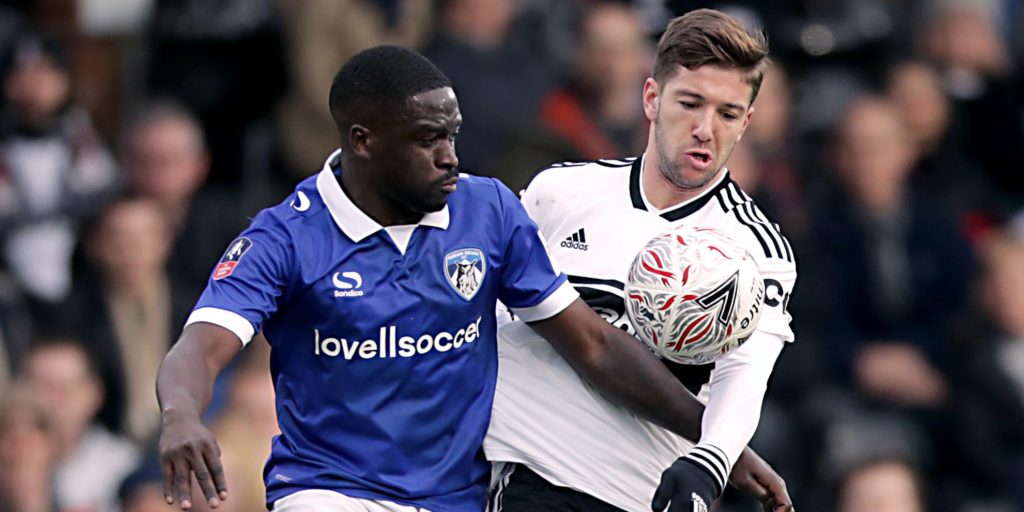 The 28-year-old France-born player made 77 appearances across two seasons for Oldham.

Missilou has put pen to paper on a one-year contract with the Cobblers, with the option for a further year. The deal is effective from August 1.

The 28-year-old France-born player made 77 appearances across two seasons for Oldham after joining in the summer of 2018.

Northampton boss Keith Curle said on ntfc.co.uk: “Christopher is a good fit for us and he is a signing we are delighted to make.

“He is primarily a defensive-midfield player who enjoys the competitive side of the game. He generally plays behind the ball, but he has a forward thinking mentality, supporting play and he can read the game well.

“He senses danger and helps breaks things up. He can also step through the lines and he has a good range of passing ability.

“Christopher is also a good age. We want players with the ambition, hunger and desire to progress and he is very much in that bracket while also having a good amount of experience. He has played a lot of games over the last two years.

“He has always impressed us when we have watched him and we are delighted to welcome him to Northampton Town.”