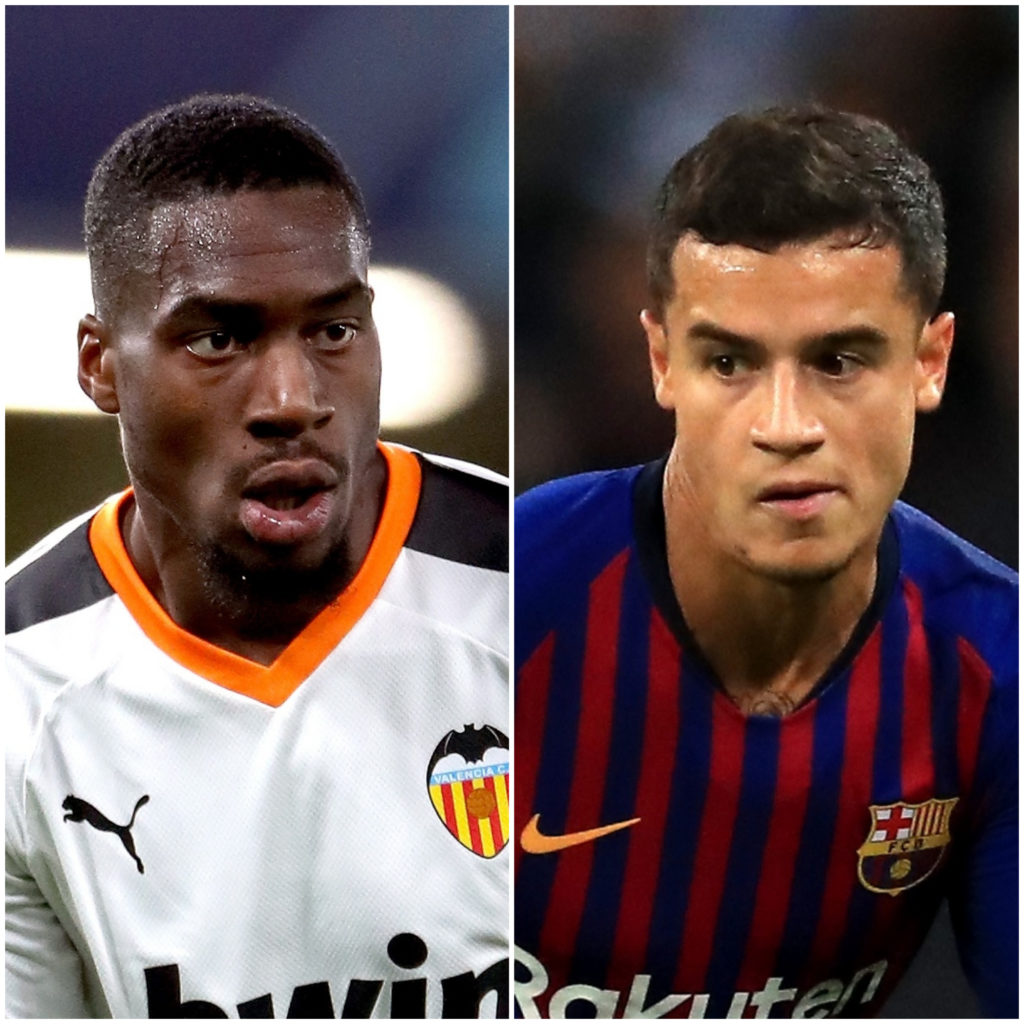 Valencia’s loss could be Tottenham’s gain if Geoffrey Kondogbia goes to north London.

Geoffrey Kondogbia is being targeted by Tottenham, reports the Evening Standard. The 27-year-old French midfielder has a GBP 70.1 million release clause in his Valencia contract, though he could leave the Spanish club for much less if they fail to qualify for the Champions League. The Standard reports Spurs are prepared to offer GBP 35m for Kondogbia. Complicating matters is that Tottenham will have to see off interest from Everton, according to Spain’s El Desmarque.

The Daily Mirror reports Spurs are also on the cusp of trying to sign former Liverpool player Philippe Coutinho. The 27-year-old, currently on loan at Bayern Munich from Barcelona, has been interesting Chelsea recently. But the Mirror says the Blues have cooled after Barcelona tried to insert a clause which would have made the move permanent, opening the way for Tottenham to secure a deal.

A permanent move to Roma seems unlikely for Chris Smalling. The Sun says the England defender is heading back to Manchester United, despite him wanting to stay in Italy. The 30-year-old has impressed since moving to Serie A this season but the Italian club do not have the funds to sign him permanently due to the coronavirus outbreak. Arsenal have emerged as a possible home for Smalling, who does not appear to be part of United manager Ole Gunnar Solskjaer’s plans for the future.

The Sun also reports that United and Liverpool will compete for the signature of highly fancied teenager Carney Chukwuemeka. The 16-year-old midfielder has been rated by current club Aston Villa as the best at his age in England. Villa are trying to convince Chukwuemeka to stay but The Sun cites The Athletic as saying the Birmingham-born talent is being hunted by bosses at Old Trafford and Anfield.

The Mirror has dashed the hopes of Manchester City, Arsenal and Tottenham fans. The paper reports each of the teams wanted to sign RB Leipzig’s Dayot Upamecano, 21, but Real Madrid are about to swoop down and snap up the defender.

Odion Ighalo: Manchester United are not sure if they want to sign the Nigerian striker, 30, to a long-term contract in the summer following his loan spell from China’s Shanghai Shenhua, according to the Evening Standard.

Kingsley Coman: The Daily Mail reports the France player, 23, has called Manchester City boss Pep Guardiola the “best manager a winger can have” while also refusing to rule out leaving Bayern Munich.