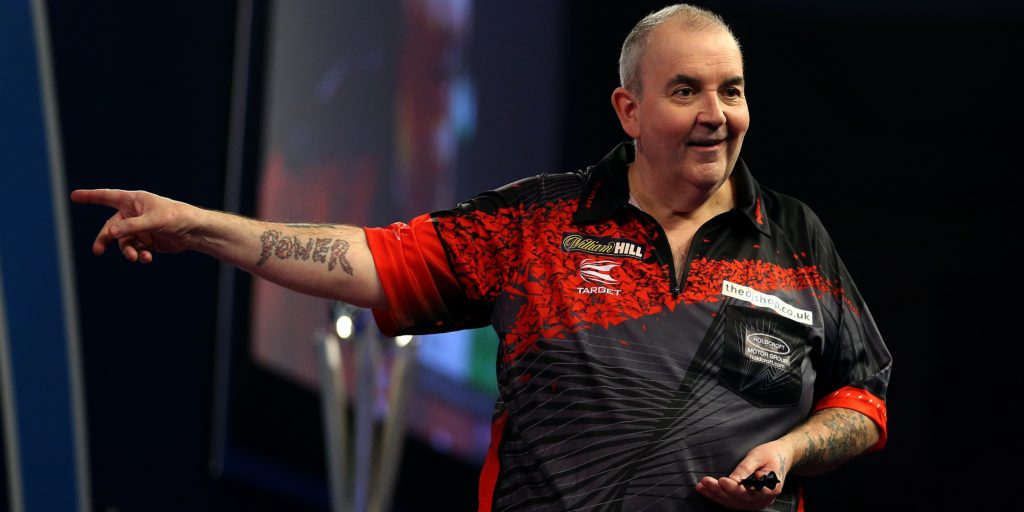 The 16-time world champion retired in 2018 after the PDC World Darts Championship final.

Phil Taylor has admitted he was considering attempting a return to professional darts by entering the UK Open qualifiers this year.

The 16-time world champion, who retired in 2018 after the PDC World Darts Championship final, addressed rumours that he was considering dipping his toe back into the water.

The 59-year-old admits he was tempted, but knows he would struggle to dedicate the hours he needs to get back up to speed.

In an interview with Target Darts, Taylor said: “I thought about it this year – I had a chat with Barry (Hearn, PDC chairman).

“I said ‘I might enter one of the Riley’s qualifiers’. But then if I had qualified I was in Japan when the finals were on. Japan was obviously then cancelled.”

When asked if he would enter next year, Taylor refused to rule it out, saying: “Wolverhampton would be my closest one. But these youngsters don’t care who you are. They would love playing me but they would play out of their skin. It’s great to have that reputation.

“I can play well, but I can play well for one night. But if I was to win a major tournament over a week then I’d be struggling. You have to put the work in for that.

“Not a chance, I couldn’t compete with these lads now, they would wipe the floor with me. It would take me two or three months to get back into it. To compete at the top level.

“My eyesight is not as good as it used to be and my energy is not there. I can’t do the practice like I used to do.

“All I did was practice and dedicate myself. Isolation is easy for me because that is all I have ever done, for 25 years in hotels.”

Taylor has been among the players competing virtually during the coronavirus lockdown, taking on old rival Raymond van Barneveld in a charity match from their own living rooms.

“It was brilliant, it brought back a few memories to be honest,” Taylor added.

“I still get that little tingle, even at home I was a little bit nervous. And I love playing Barney.

“This was the first year we were going to start to work together, we have been rivals for years and then this year we worked a few times and it was great – we were like best buddies again.”

The Premier League Darts was in full swing when the lockdown came.

Taylor admits darts is not immune to the uncertainty around the sporting landscape after the pandemic, but believes the break could benefit some players.

“I’m honestly thinking if it comes back like it did, a lot of sports will struggle after this because of the sponsorship. Will people be frightened of going back into big crowds? You just don’t know,” he added.

“But if it does come back OK, you will see young players coming through. You’ll see people who weren’t playing so well – like Gary Anderson and Daryl Gurney who to me looked tired – this will be a welcome break for these people.”

Taylor also praised the motivation of one of the rising stars of the PDC, Nathan Aspinall, who has made the semi-final in each of his two entries at the World Championship.

Taylor said: “The beauty about Nathan, he admits he has GBP 10 in his pocket and he plays darts to earn money.

“That’s the best quality. He went out there to earn money for him and his family and then you get off your backside and do the practice. That’s why I did it, entirely to make money.

“I never thought I would win tournaments like I did, but I loved earning a good wage to take home to my family.”