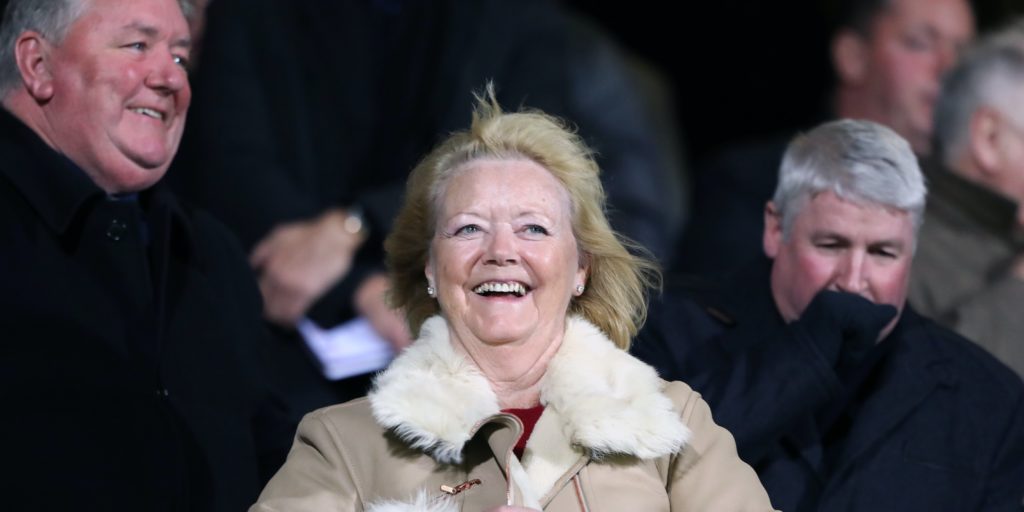 Ann Budge warns pay cuts must be accepted or no money will be paid until the action resumes.

Hearts owner Ann Budge has warned players they must accept pay cuts or receive no money while football remains suspended.

Budge has given the clearest indication yet she is prepared to invoke a clause, which is standard in Scottish Professional Football League contracts, which allow clubs to cancel payments if football is suspended for any reason.

Skipper Steven Naismith offered to take a 50 per cent wage cut more than a month ago and manager Daniel Stendel is working for nothing along with an unnamed young player, but Budge has been unable to secure widespread agreement with the playing squad.

Having spoken to all players individually, Budge says they “unanimously” understand the club’s challenges in the pandemic and she empathises with their personal circumstances.

Budge said in a statement: “In my conversations with the playing squad, I outlined that the most judicious approach for the club – considering all available information – would be to implement a temporary reduction in player salary, with a proposed percentage based on earnings ranging from 10 per cent to 30 per cent.

“In those same conversations, and subsequent discussions with PFA Scotland, I outlined the rationale and also explained why a deferral is simply not an option for the club.”

Budge, who has delayed a transfer of ownership to the Foundation of Hearts, added: “To reiterate, I cannot – and will not, in good conscience – leave the club in a position again where football debt is left as a ‘legacy’ for those who follow.

“I know too well the perils of that scenario, having arrived at the club to be immediately presented with a bill of almost GBP 1million worth of football debt.

“I am an owner and supporter who is committed to the journey of full fan ownership and it is imperative that the handover takes place without that future financial burden. This was my promise to the fans who helped rescue the club in its hour of need and who continue to pledge their support monthly.

“Furthermore, even in light of recent announcements from UEFA’s Executive Committee and the Scottish Government, there remains – completely understandably given the nature of the virus – no certainty or accurate forecast on when football may return and what form it will take when it resumes, from the perspective of spectator attendance.

“I wish there was an option other than a temporary wage cut but after careful consideration it is the only way for the club to proceed with financial certainty.

“Having paid the players’ wages in full for March, I have written to them today to request the formal notification of their acceptance of the temporary wage cut proposed in order that we can process salaries next week.

“I remain hopeful that the players will accept for the reasons outlined above, as the only viable alternative is that their contracts remain suspended under Clause 12 of the standard SPFL contract which means that they will not receive any wages during the period of suspension.”