US Women’s equal pay claim thrown out of court 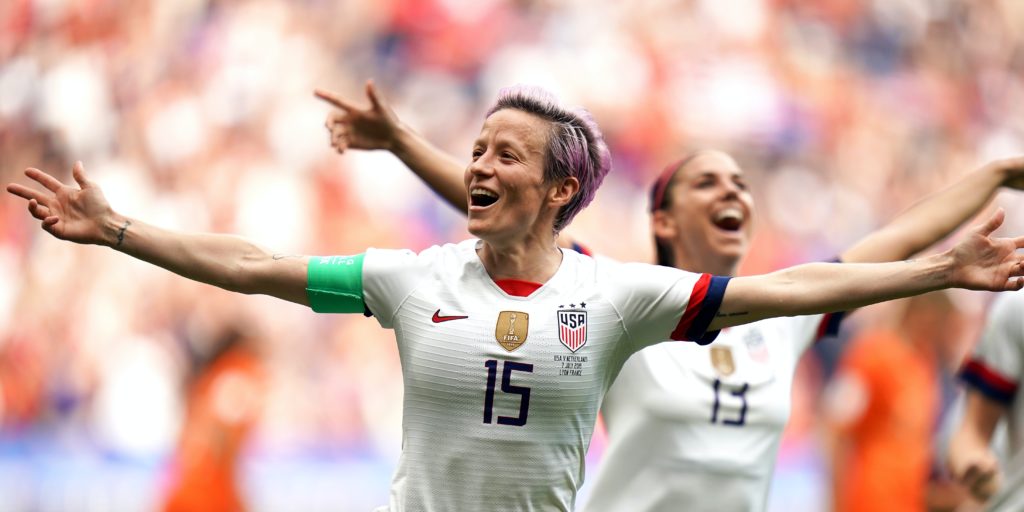 Megan Rapinoe has vowed she will never give up the fight for equality.

United States Women’s co-captain Megan Rapinoe has vowed she will never give up the fight for equality after a federal judge threw out their claim for equal pay with their male counterparts.

The 34-year-old, who won the Golden Boot and the Golden Ball at the 2019 Women’s World Cup, has been a leading voice in the fight against US Soccer, which suffered a big blow on Friday.

Judge Gary Klausner ruled the pay case did not warrant a trial, though the players’ case for unfair treatment in travel, housing and medical support will go to trial in June.

The United States National Women’s Team’s (USNWT) spokesperson Molly Levinson said the team were “shocked” and that they would appeal against the decision.

“We are shocked and disappointed with today’s decision, but we will not give up our hard work for equal pay,” she said on Twitter.

“We are confident in our case and steadfast in our commitment to ensuring that girls and women will not be valued as lesser just because of their gender.

“We have learned that there are tremendous obstacles to change; we know that it takes bravery and courage and perseverance to stand up to them.

“We will appeal and press on. Words cannot express our gratitude to all who support us.”