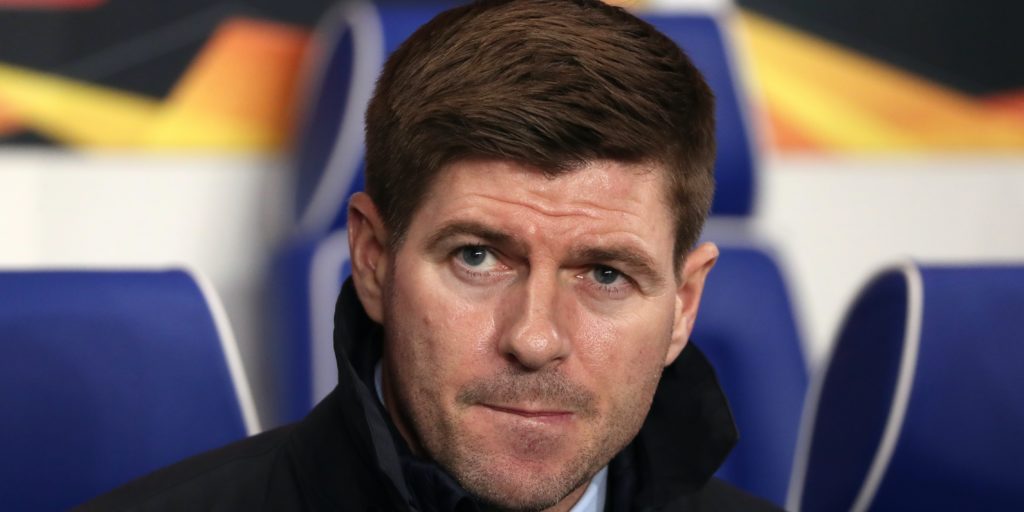 Gerrard hopes to strengthen his squad after Rangers’ title challenge fell away after New Year.

Steven Gerrard will not put pressure on the Rangers board over his transfer plans amid growing financial uncertainty for the world of football but he insists the directors are as ambitious and hungry for success as him.

Gerrard hopes to strengthen his squad after Rangers’ title challenge fell away after New Year before they exited the William Hill Scottish Cup against Hearts.

Rangers made a loss of GBP 11.3million in the 2018-19 campaign and expected to need GBP 10million of funding from shareholders and other investors to see them through the season before the coronavirus pandemic, which is impacting heavily on the finances of all clubs.

However, Gerrard is talking to sporting director Ross Wilson about transfer plans several times a day and is working hard to identify targets.

Gerrard told talkSPORT: “We have to see how it all plays out. All managers and all clubs are going to be in very similar situations but I’m in daily contact with the board and they are as hungry and as ambitious as I am.

“But one thing is for sure, there will be no pressure from my point of view. I certainly respect the situation we are in. It is a very unique and strange time.

“From a football point of view, I’m watching the media in the north and south and finances are going to be affected so I appreciate that and respect that.

“But one thing I can say is that from the top of the club to the bottom we are all as ambitious and hungry to keep trying to move things forward and improve because it’s the only way we can find success.”

Gerrard believes strengthening is the best way to ensure their collapse in form after the winter break is not repeated.

“I’d be lying if I said I’m sitting here now with the formula because I think when that happens, sometimes it’s a combination of things,” he said.

“The strange thing was in the middle of it all we were still finding some performances and the likes of Braga, who are a fantastic team. We were doing so well in one competition and finding inconsistency in another.

“But look, you don’t have to be a rocket scientist to know that when that does happen you need to find better players, keep making the squad and the team as strong as you can, keep moving it along in the right direction.

“What I can say to the Rangers fans is we haven’t stopped. We have been as busy as ever, watching players in different positions, turning long lists into short lists.”

Gerrard hit the two-year mark in his Ibrox career this week and when asked if there would be a third anniversary, he laughed and said: “I think you should as the board of directors that question.

“I think we have come so close to having success. We have from a European point of view, when you consider where we were when I came into the club and there was no qualification in Europe.

“We played extremely well in the League Cup final but Celtic are a good team who have been successful for a long time. They’re a club who have got finances, so they are a difficult club to catch and move.

“But we have definitely closed the gap, we are definitely improving and the pursuit carries on. I do my role to the best of my ability and try to make that as quick as possible.”