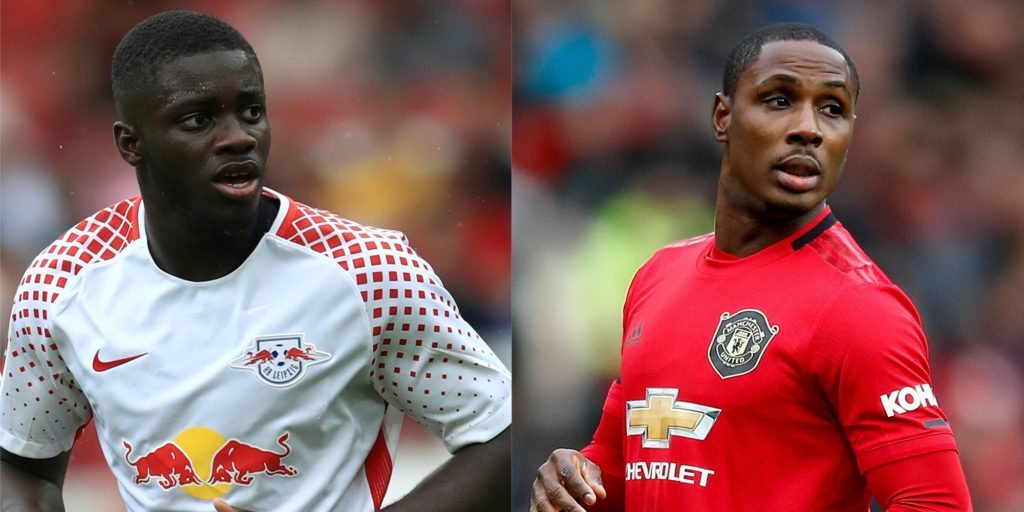 Manchester United are keen to keep Odion Ighalo, while a young French defender is attracting the interest of several clubs.

Manchester United are eager to extend Odion Ighalo‘s loan stay at the club, but are waiting to see when the Premier League will restart, according to the Daily Mail. Ighalo, 30, has impressed Ole Gunnar Solskjaer during his loan spell from Shanghai Shenhua, which expires on May 31. United are said to want to keep the Nigerian for longer after he scored four goals in eight games for the club.

Arsenal, Tottenham and Manchester United are eyeing RB Leipzig defender Dayot Upamecano, Football.London reports. Arsenal are slight favourites to sign the 21-year-old France under-21 defender, said to be one of the speediest centre-backs in Europe. The Gunners have been pleased with the progress of centre-back Pablo Mari since he joined on loan from Flamengo in January, but Mikel Arteta is keen to add further depth in that area.

Manchester City and Liverpool may end up in a battle to sign another promising youngster, 17-year-old Belgian midfielder Aster Vranckx, the Daily Mirror says. The KV Mechelens midfielder has been raising eyebrows across Europe this season, with both Premier League giants having sent scouts to watch him. With Bayern Munich and Feyenoord also interested, City and Liverpool may be tempted to get in first.

Manchester City are set to bid for Marseille’s French defender Boubacar Kamara, Le10 Sport reports. The 20-year-old has claimed a rating as one of the top young defenders in Europe this season, and City are preparing an offer believed to be around the GBP 28million mark.

Goalkeeper Loris Karius is set to return to Liverpool to see out the remaining two years on his contract, Turkish paper Fanatik reports. The 26-year-old’s loan spell at Besiktas was cancelled this week, and he is reportedly keen to return to Merseyside rather than go to another club.

Henrikh Mkhitaryan: The Arsenal midfielder’s loan spell at Roma could become permanent, but the Italian club wants the Gunners to pay part of his GBP 180,000 weekly salary, ESPN reports.

Joe Hugill: While Manchester United hold the front running for Sunderland’s 16-year-old forward, Arsenal, Tottenham, Wolves and Leeds have this week joined in the chase as well, according to the Northern Echo.