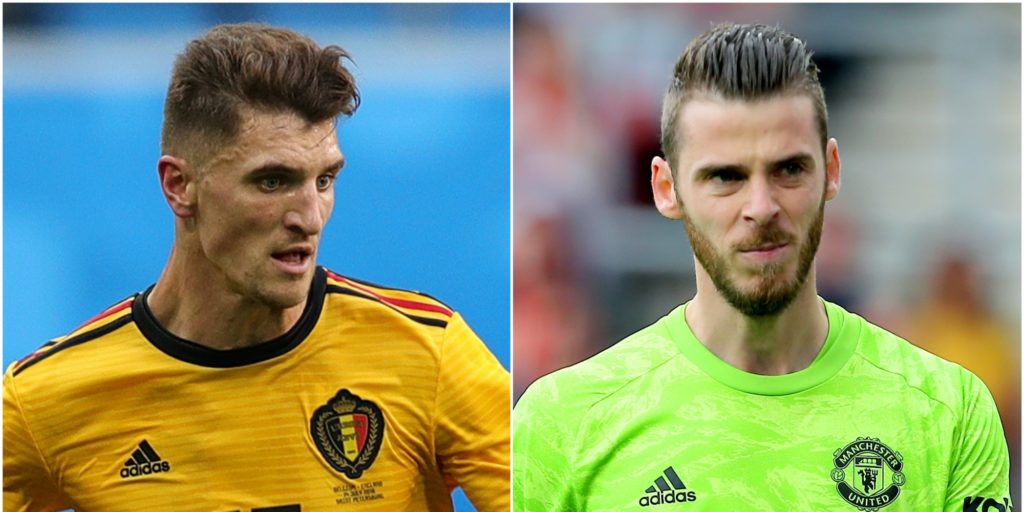 There are reports that a new frontrunner has emerged in the race for Paris St Germain defender Thomas Meunier.

Tottenham has overtaken Manchester United in the race for Paris St Germain and Belgium right-back Thomas Meunier, according to The Sun. The 28-year-old is set to let his contract expire in the summer and Spurs boss Jose Mourinho has taken an active role in trying to persuade the Belgian to North London.

The Daily Mirror reports that David de Gea‘s time at Manchester United could soon be coming to an end. The Spanish goalkeeper has been a key part of the Red Devils’ squad since joining the club in 2011 and signed a new four-year deal to stay at Old Trafford in September last year. However the 29-year-old’s recent form is believed to have club bosses now considering potential replacements ahead of the summer transfer window.

Staying with Manchester United, the Daily Express says the club is preparing a “huge” offer for Inter Milan and Argentina forward Lautaro Martinez. However the Red Devils are not the only ones interested in the 22-year-old, with the striker also believed to be on the radar for Barcelona and Paris St Germain.

Away from Old Trafford, Liverpool could be set to swoop on Arsenal’s 18-year-old ace Bukayo Saka. The Sun says the impressive winger’s contract talks with the Gunners have been put on hold due to the coronavirus pandemic, leaving the door open for the Reds to make a move for the young gun. But Arsenal boss Mikel Arteta is not going to give Saka up without a fight, with the club reportedly hoping to come to terms on a new five-year-deal for the player.

Talles Magno: Liverpool are prepared to make a move for the 17-year-old Vasco de Gama forward, according to the Daily Star.

Charlie McNeill: Juventus and RB Leipzig are battling for the 16-year-old’s signature as he looks to leave Manchester City, reports the Daily Mirror.