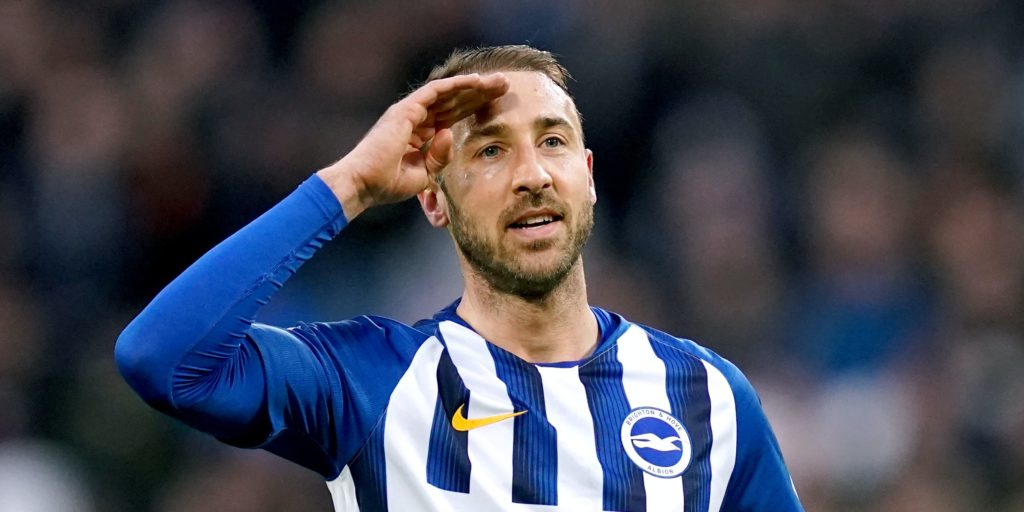 The Brighton striker feels it would be better to wait a month to see how lockdown easing goes.

Brighton striker Glenn Murray believes Premier League football is being rushed back too soon amid the coronavirus crisis, with the fact England is the worst hit country in Europe being overlooked by some.

The Premier League invited club captains and managers to share their thoughts on a return to action during conference calls on Wednesday as ‘Project Restart’ continues.

Murray was on the call about how and when training will step up ahead of a prospective mid-June return – a timescale the veteran Brighton forward believes is too rushed given the current backdrop.

“I mean, what if we go through all this rigmarole of trying to get back started, and we have a second peak and we’re stopped anyways?

“I just can’t understand after just sort of loosening the lockdown why we’re in such a rush to get it back. Why can’t we just wait sort of a month or so to see if things go to plan?”

Put to Murray that the phasing is in place for a gradual return to action, he told Sky Sports: “Yeah, it is but I mean what’s the point in getting halfway through the phase and stopping?

“Why not see how the country deal with softening the lockdown first before we even think about starting unnecessary sport when people are dying all around us and the death rates are still high?”

The league hopes to get the backing of clubs for its plans at a shareholders’ meeting on Monday after seeing the Bundesliga kick-off over the coming weekend – the first of the main leagues to resume action.

“Obviously we’re all going to be watching the Bundesliga because it’s football and we all love football,” Murray said. “It’ll be nice to see a live sport on TV without doubt.

“But I think what we’re not taking into consideration is that Germany have only had seven, eight thousand deaths, I think, and they’ve got 20 million more people than us.

Murray said the long, in-depth call on Wednesday was mainly focused on the first phase of returning to the training grounds on a social distancing level.

The 36-year-old believes most players are “pretty happy” with phase one but, given the variety of personal situations, believes “there is a little bit of reluctance in certain pockets of players” to phase two.

“When I say some players may be reluctant to return, I don’t want that to be perceived as sort of this snowflake mentality and ‘we’re worried about ourselves’ because I don’t think that’s the case at all,” Murray said.

“It’s more about the people that we’re going home to that we’re worried about and, like I say, everyone’s in different situations and have different people at home with possible illnesses or pregnancies or children, young newborns.

“We just need to take everyone’s situations into consideration.”

Brighton have been a leading voice throughout this lockdown period and made their stance against neutral venues clear, while Murray has echoed Norwich sporting director Stuart Webber’s opinion that promotion should be scrapped if the Championship cannot finish their season.

“We’re talking about fairness and we’re trying our best to try and get this Premier League finished,” he said. “No one wants it voided.

“And if we get manage to finish it, like I’ve said and like I think all the players agrees, the bottom three sides will be the worst three sides over the course of the season and deserve to go down.

“But if the clubs below us in the Championship aren’t finishing their season, why should they get promoted?”

Meanwhile, Tottenham manager Jose Mourinho says he is desperate to return to action amid reports he would like to delay ‘Project Restart’ by a week.

“I don’t think my position in the meeting has been reflected fairly at all today in media reports,” the Portuguese said in a statement on Thursday.

“I have not asked for any delay. I want to train, and I am desperate for the Premier League to return as soon as it is safe to do so, particularly now we are seeing other leagues preparing to return to action.

“I am extremely proud of the way my players have maintained their fitness – they have shown great professionalism, passion and dedication.

“We have all been working extremely hard through remote squad training sessions and isolated running now the pitches are available to use again at the training centre.

“Every player has been extremely committed in terms of their individual work and now we wait for clearance to commence working in small groups again, which I will fully support.”