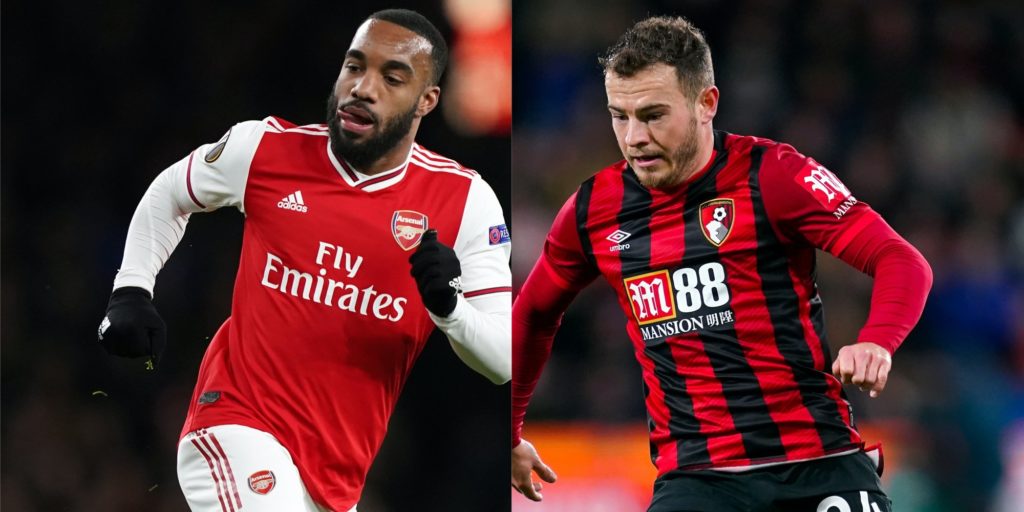 Alexandre Lacazette‘s future at Arsenal is in doubt due to stalled contract talks and damaging photos in the press, the Daily Mail says. The Gunners have taken a dim view of images in the Daily Star Sunday of Lacazette apparently inhaling a gas substance from a balloon. Furthermore, talks over a new contract for the 28-year-old striker, whose has two years left on his contract, have reportedly become bogged down.

This comes as the Mail also reports the Gunners are keen to sign Amiens forward Serhou Guirassy. The 24-year-old emerged as one of the most promising strikers in France last season, and is said to be looking for a move to the Premier League after the coronavirus-related cancellation of the Ligue 1 season left Amiens relegated. With Arsenal’s funds depleted partly due to the pandemic, they will be looking for a swap deal, the paper says.

Manchester United and Juventus are set to battle for the signature of Wolves forward Raul Jimenez, according to The Times. Juventus are understood to have joined United in enquiring about the 29-year-old Mexican’s availability once the transfer window reopens. Wolves are open to making a substantial profit on Jimenez, who has scored 26 goals in 67 Premier League games since joining from Benfica in 2018.

Tottenham could be set to beat arch rivals Arsenal in signing Bournemouth winger Ryan Fraser. The Scotland international becomes a free agent on June 30, and while Arsenal have shown their interest, Fraser has apparently expressed a preference for Spurs. Liverpool have also been linked to the 26-year-old.

Manchester United are interested in Bayern Munich midfielder Corentin Tolisso, the Daily Express reports. The 25-year-old has spent three seasons at Bayern after transferring from Lyon, and is said to be eager to move to the Premier League. This comes after Tolisso – a World Cup winner with France in 2018 – has started only seven times for Munich this season.

Jack Grealish: Manchester United’s eagerness to sign the star midfielder may be clouded by the fact they will still have to pay 80million for him even if his current club Aston Villa are relegated, the Daily Mirror reports.

Pedro Chirivella: The Liverpool midfielder, 22, is yet to decide on the offer of a five-year deal from Reds amid interest from Nantes and Rangers, Goal reports.