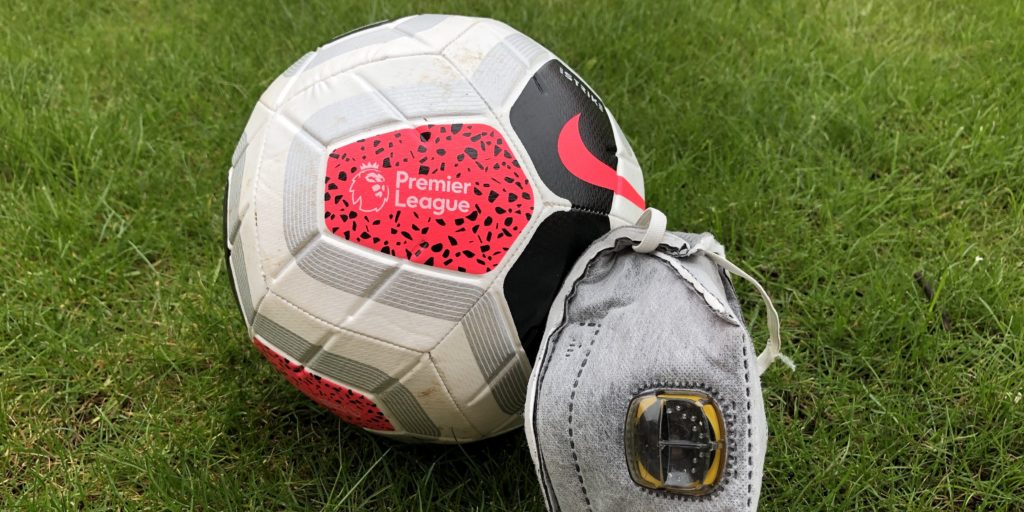 Six individuals connected to three Premier League clubs have tested positive for coronavirus as clubs began to return to small group training amid the pandemic.

Top-flight teams voted unanimously to step up their return to action at Monday’s shareholders meeting, allowing players to train in small, socially-distant session as part of phase one.

Covid-19 tests were conducted across Sunday and Monday as part of the league’s partnership with the Prenetics consortium, with the Premier League confirming six individuals have tested positive for the disease.

A statement read: “The Premier League can today confirm that on Sunday 17 May and Monday 18 May, 748 players and club staff were tested for COVID-19. Of these, six have tested positive from three clubs.

“No specific details as to clubs or individuals will be provided by the League and results will be made public in this way after each round of testing.”

The PA news agency understands that only 19 clubs were reflected in those 748 tests as the final team was tested on Tuesday, meaning their results are set to be included in Saturday’s update.

Tests are due to take place twice a week, with 40 tests being carried out at each club in each session.

Discussions around contact training will take place when Premier League clubs gather for their next shareholders’ meeting next Tuesday.

Plenty of questions need answers as ‘Project Restart’ moves towards a June resumption, with players from ethnic minority backgrounds expressing concerns about returning to action amid the coronavirus pandemic to the Professional Footballers’ Association.

Michael Bennett, the PFA’s director of player welfare, told the PA news agency: “I have spoken to players particularly from a BAME group because of concerns over contracting the virus.

“I’m not sure how significant (the risk) is in that particular area, all we can do is talk to them about that.

“There have been players that have come on to me with concerns about going back because of health issues, and I want to put on record that from a PFA welfare point of view the health and safety of players has to come first before anything else.”

Watford captain Troy Deeney says he is not going back to training and Newcastle defender Danny Rose, on loan from Tottenham, believes Premier League players are being treated like “lab rats”.

“I’m dying to get back to football but just with the things that are happening right now, people are going through this coronavirus pandemic a lot worse than me, I don’t want to be complaining about everything,” the England international told The Lockdown Tactics podcast with Robert Snodgrass and Kris Boyd.

“Just off the fact that people are suggesting we should go back to football, like we’re guinea pigs or lab rats.

“We’ve going to experiment this phase and see if it works or not. I can just imagine people at home saying, ‘Well they earn that amount of money so they should be going back’.”

Rose’s manager Steve Bruce says the “vast majority” of the Newcastle squad are “satisfied” with the easing back of football.

“They have done everything they possibly can to make sure everyone is safe,” he told BBC Radio 4’s Today programme.

“They have done everything they possibly can to make sure everyone is safe. The attention to detail is fantastic. I think everything has been put in place.”

Bournemouth defender Chris Mepham admitted no player is safe from coronavirus but is ready to return and Luke Shaw says everyone in the Manchester United dressing room is “really excited to be getting back to some normality” when they return to training on Wednesday.

“We’ve known for around a week that it was a possibility, but United have had to make it the safest possible environment for all the players and staff,” the left-back said on the club website.

“We’ll still social-distance throughout, we’ll arrive in our training gear and shower when we get home. The rules have to be really strict but we’re obviously all going to stick to them just to make sure things run as smoothly and safely as possible.

“I think we’re all determined to do things properly because we’re all looking forward to getting back on a proper pitch! Running down at the park is OK, but obviously it isn’t ideal.

“We have to do our work, keep fit and it’ll be nice to be around different people and see the boys again for a bit longer. It’s a massive step forward to get on the same training pitch as each other.”

Meanwhile, Italian sports minister Vincenzo Spadafora says a decision on a restart date for the Serie A season will be made at a meeting next week.

Spadafora’s announcement comes one day after reports that a new Government decree would effectively rule out a return of sporting events until at least June 14.

Spadafora told Rai 2: “I just called a meeting for May 28. On that day we will be able to decide if and when to restart the football championship. We want to start again, to finish.”