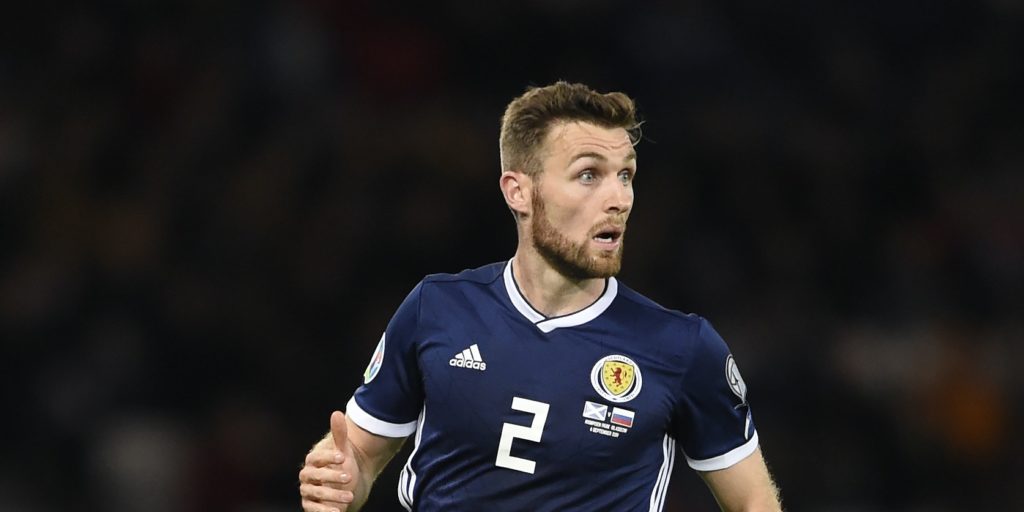 The former Partick Thistle and Luton player rejected a January move to Oxford.

Stephen O’Donnell would love a chance to play in the English Championship after deciding to leave Kilmarnock but the Scotland defender is also open to staying in his home country.

The right-back has rejected the offer of a new deal at Rugby Park and is free to move on this summer.

The former Partick Thistle and Luton player rejected a January move to Oxford and has recently been linked with Dundee United, with Celtic previously reported to have shown an interest.

Although stressing he needs to play regularly at his new club to be in a position to add to his 11 Scotland caps, the defender is open-minded about his next destination.

He told PLZ Soccer: “I would love to have a crack at the Championship down in England.

“I was fortunate I had an opportunity to go down to League One in January but I just didn’t feel the timing was right. But if I feel the opportunity is the right one down there I would go there as well.

“I am leaving all my options open, I just want to make sure this is the right move for me personally and professionally because when I moved back up from Luton I certainly loved being around my family, and it would need to be something I really feel I could sink my teeth into if I was to move back down south.”

O’Donnell stressed he would be interested in staying in the Scottish Premiership, adding: “I am open to a new challenge, one where I will at least be competing to start, and get a good crack of the whip to prove I’m good enough.”

On Celtic’s reported interest, he said: “I heard a lot more rumours last summer. I have not heard anything recently. If that was to arise it would obviously be a great option to have but I don’t see that being an option any time soon. But never say never, who knows what’s around the corner?”

O’Donnell admitted his decision to leave Kilmarnock was made during Angelo Alessio’s spell in charge.

“Every decision you make in your career is tough but I had made my mind up a wee while back that I wanted to run my contract down,” he said.

“Under the old manager it was a slightly easier decision but then when Alex Dyer came in, he is someone I have a huge amount of respect for, and I love him to bits, and it made the decision certainly a lot tougher.

“I hold the club in great regard, I have spent three great seasons there latter a wee bit disappointing all round, both personally and collectively, but I just feel I needed a change. I have just turned 28 and coming to a stage in my career where I want to try and achieve as much as I can.

“This has obviously come at an awkward time but hopefully when I sign up somewhere I will be able to kick on.”