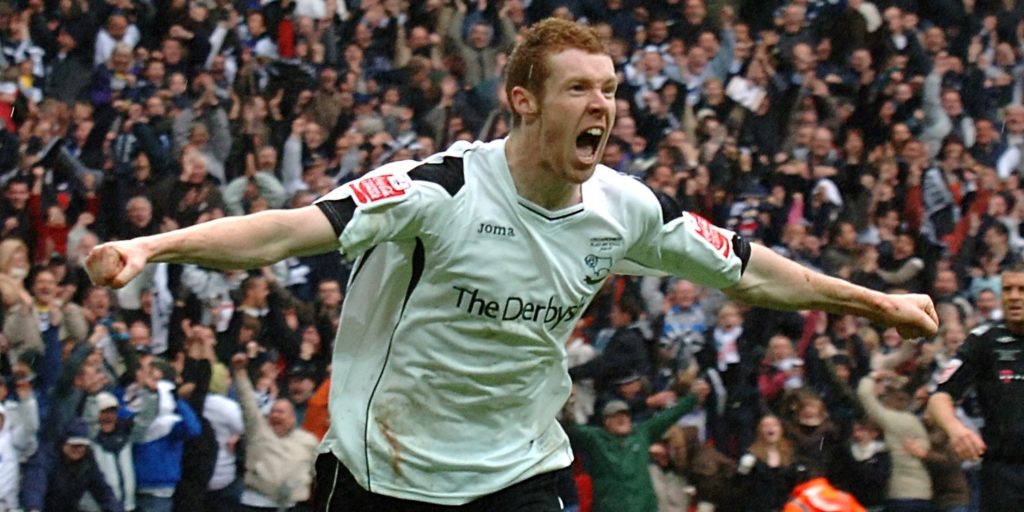 The Scottish midfielder’s first goal for Derby proved to be memorable.

Signed for GBP 750,000 from Celtic at the start of 2007, Stephen Pearson went on to score what was labelled the ‘GBP 60million goal’ which sent Derby into the Premier League months later.

Pearson had won two Scottish Premier League titles during his time with the Hoops and the midfielder described his goal in the 3-0 win over Benfica in the 2006-07 as “the moment of my career”.

But starting opportunities were becoming a rarity at Celtic Park and he left the club he supported as a boy not long after to move south of the border and help Derby in their bid to achieve promotion to the top-flight.

The Scot’s debut from the bench in a 1-0 win over Sheffield Wednesday on January 13, 2007, saw Derby move level on points with Championship leaders Birmingham but a subsequent loss of form saw the Rams finish outside the top-two.

Pearson won the spot-kick that earned his side victory in the first leg of their semi-final play-off against Southampton, who fought back in the return meeting only for Derby to prevail on penalties.

West Brom awaited in the final and although the Baggies dominated for large spells – with Kevin Phillips hitting the crossbar – they found Derby goalkeeper Stephen Bywater in irresistible form.

And after disrupting another West Brom attack, Derby burst up field, which ended with Giles Barnes’ low cross being turned in by Pearson, who managed to get inside Paul McShane to bag his first goal since scoring against Benfica.

Pearson played another four seasons at Derby before moving on to Bristol City in November 2011. Stints with Indian sides Kerala Blasters and Atletico de Kolkata followed before he ended his career with Motherwell in May 2017.