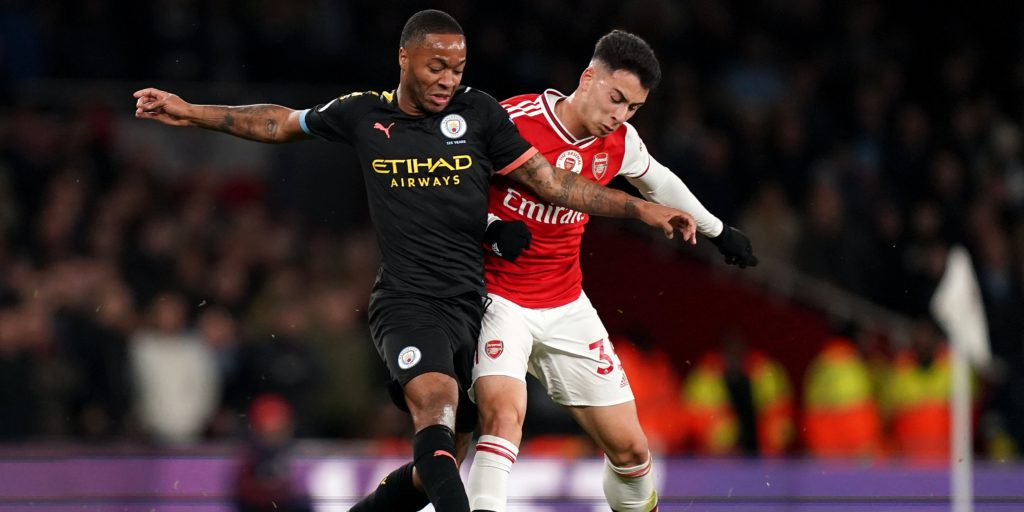 The top flight has been suspended since March 13.

Premier League football is set to return on June 17 after a two-month suspension due to the coronavirus pandemic.

Aston Villa will play Sheffield United on that date, a Wednesday, while Manchester City take on Arsenal, the league announced following a shareholders’ meeting of the clubs on Thursday.

Both are rearranged games, and will mean all 20 clubs have played 29 matches heading into the weekend of June 19-21, when the rest of the top flight will be in action. The restart is conditional on safety requirements being met.

The last Premier League match before the shutdown was Leicester versus Aston Villa on March 9, with all English professional football being suspended on March 13.

The clubs also agreed that all 92 matches would be broadcast live by the league’s partners – Sky Sports, BT Sport, BBC Sport and Amazon Prime.

“But this date cannot be confirmed until we have met all the safety requirements needed, as the health and welfare of all participants and supporters is our priority.

“Sadly, matches will have to take place without fans in stadiums, so we are pleased to have come up with a positive solution for supporters to be able to watch all the remaining 92 matches.

“The Premier League and our clubs are proud to have incredibly passionate and loyal supporters. It is important to ensure as many people as possible can watch the matches at home.

“We will continue to work step-by-step and in consultation with all our stakeholders as we move towards resuming the 2019-20 season.”

The PA news agency understands new staggered kick-off times will be used for the remaining 92 matches.

Sunday matches will kick off at either 12pm, 2pm, 4.30pm and 7pm, with Monday games starting at 8pm.

Midweek games on Tuesdays and Wednesday will kick off at either 6pm or 8pm.

The news means the BBC will be televising Premier League matches live for the first time since the competition’s founding in 1992.

The corporation confirmed it will show four live matches throughout the remainder of the 2019-20 campaign, alongside their usual Match of the Day highlight programmes.

BBC director of sport Barbara Slater said: “This opportunity creates an historic moment for the BBC and our audiences.

“At a time when sports fans across the country are in need of a lift, this is very welcome news. We are delighted and excited to have the chance to show live Premier League games on the BBC.

“This will offer audiences, who haven’t had the opportunity in the past, live, free to air access to the best football league in the world, as the BBC continues to keep the country entertained during these unprecedented times.”

The restart date is conditional on top-level sport being given the green light to return by the Government.

In its Covid-19 road map document published on May 11, the Government said cultural and sporting events would be able to take place behind closed doors for broadcast, “while avoiding the risk of large-scale social contact” no earlier than June 1.

Other ‘step two’ actions, such as the phased reopening of schools and of non-essential retail outlets, were given the go-ahead by Prime Minister Boris Johnson at the Downing Street daily briefing on Thursday.

If and when the green light is given, it is understood clubs will need to hold a confirmatory vote on the start date and on the Government’s return to play protocols, which have not yet been published. These will cover the logistics around staging sporting events behind closed doors and more on measures to prevent mass gatherings.

Oliver Dowden, the Secretary of State for Digital, Culture, Media and Sport, welcomed the news on Twitter.

“Positive to see further steps on the return of football today,” he wrote.

“I’ve been pushing for as many games as possible to be free to view & for the return of the top league to support the whole football family.

“We are still working on govt guidance before we green light sports’ return.”