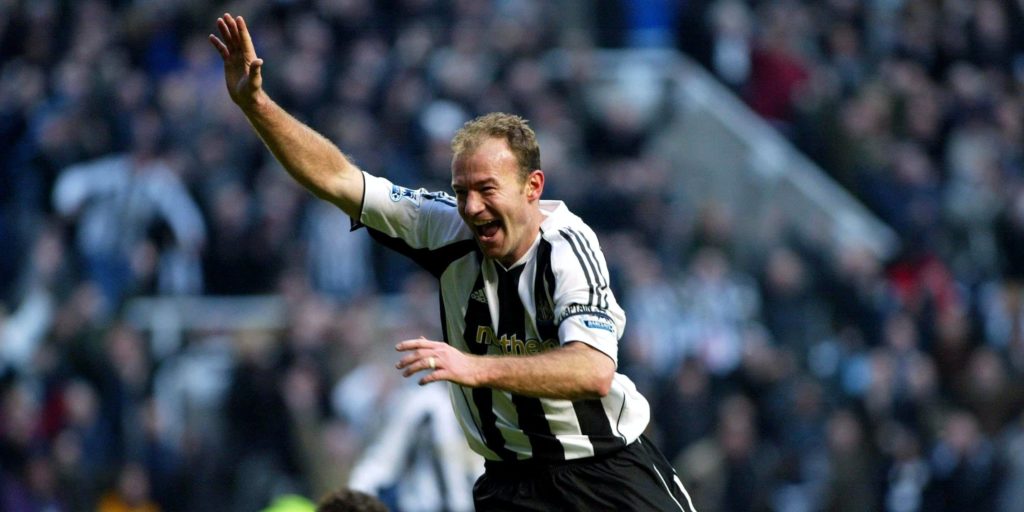 Alan Shearer was one of the world’s best strikers.

A lethal finisher for Blackburn and Newcastle after starting at Southampton Shearer plundered a record 260 Premier League goals.

It was his move to Blackburn for GBP 3million in 1992 which saw Shearer become the country’s most feared hitman.

His ‘SAS’ partnership with Chris Sutton fired Rovers to the title on a dramatic final day and Shearer’s 34 goals won him the PFA Players’ Player of the Year award.

Signing for boyhood club Newcastle instead of Manchester United for a then world record GBP 15million – having been Euro 96’s five-goal top scorer that summer – saw Shearer complete his dream.

In his first season, he scored 27 goals and earned his second Player of the Year win as Newcastle finished second behind Manchester United.

He would have won more with United and despite leading the Magpies to two FA Cup finals, they lost in successive years to Arsenal and United in 1998 and 1999.

Shearer won the battle of wills with Ruud Gullit who was sacked after benching him for the derby against Sunderland and scored five goals in Bobby Robson’s first game in charge, an 8-0 win over Sheffield Wednesday.

He retired from England duty after Euro 2000 with a record of 30 goals in 60 games and under Robson Newcastle returned to Europe.

Shearer became the Magpies’ record scorer when he netted his 201st strike against Portsmouth in 2006 and retired at the end of the season, a knee injury ending his campaign early.

In 2009, he returned to Newcastle as interim manager to try to save them from relegation but won just one of his eight games as they dropped out of the Premier League.