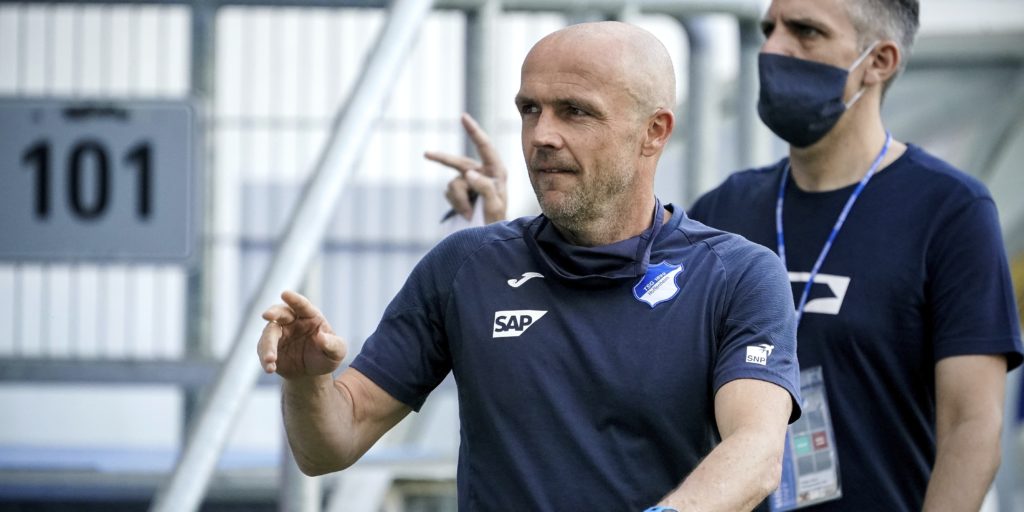 Hoffenheim boss Alfred Schreuder has left the club with four matches of the Bundesliga campaign remaining.

The 47-year-old Dutchman rejoined the German outfit – after two seasons as assistant between 2015 and 2017 – as head coach at the start of the campaign on a three-year contract.

Hoffenheim have tasted just one defeat since the resumption of the Bundesliga last month and sit two points behind Wolfsburg in the final Europa League qualification spot, despite a 2-2 draw at struggling Dusseldorf at the weekend.

However, Schreuder and Hoffenheim’s hierarchy cited differences in opinion on how to take the club forward, with the head coach leaving his role alongside brother and assistant Dick.

“I knew from the start that the task in Hoffenheim would be a major challenge. The work filled me with great joy. I thank the club for giving me the chance to work in the Bundesliga,” Schreuder said in a statement on the club’s official website.

“Unfortunately, we were unable to agree on a common way of how we would like to lead Hoffenheim into the future. I regret this development.

“It’s not uncommon in professional life to have different opinions. You then have to be honest with each other and draw the appropriate consequences.”

Coaches Matthias Kaltenbach, Michael Rechen and Timo Gross will take interim charge for the final four fixtures of the season, with Marcel Rapp and Kai Herdling stepping up from the club’s academy to assist the temporary coaching staff.