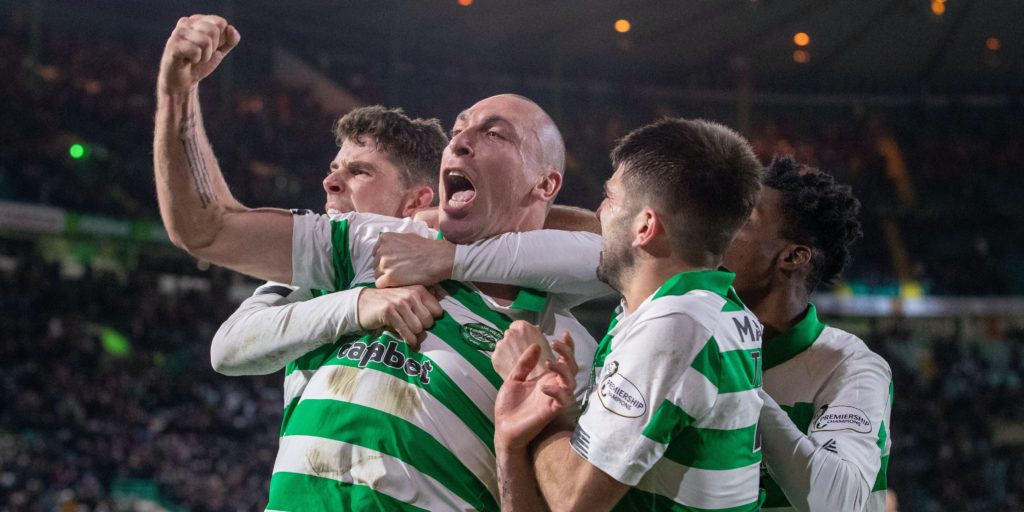 Celtic were back at Lennoxtown on the day the suspension of all Scottish football activity was lifted for Premiership first-team squads.

Celtic captain Scott Brown was happy to discover that three months without football had not had a major impact on his fitness as the Scottish champions returned to training following the coronavirus suspension.

Neil Lennon’s players were back at Lennoxtown on the day the suspension of all Scottish football activity was lifted for Premiership first-team squads only.

Brown has been keeping himself in shape on his own but he knew the absence of normal training would have had an effect.

The midfielder told Celtic TV: “It was great to see some of the lads. It’s a totally different situation out on the pitch.

“But it was still great to get back into the swing of things and hopefully we’re on going in the right direction. It was good just to get back on the grass, and to get a touch on the ball as well.

“The lads have been on running apps, we’ve been working hard while away, and the coaches just need to make sure we’re all in good shape, make sure it’s nice and easy before the hard work really does start.

“We’ve missed it, we’ve missed being competitive in training and in games. I’m 35 in a couple of weeks so, for me especially, I need to stay on top of my fitness as much as I possibly can.

“To have 12 or 13 weeks out, that’s not ideal for me at this stage in my career, but I’ve managed it. I went into training and I felt good. Perhaps not as good as I did when I left, but I’m still in good condition.

“It’s all about looking after your body, and it’s about doing what I know works for me. That might be going to the gym, not going the day before a game, resting now and then, and of course working hard in training.

“At my age, I’ve got to push my body as far as I possibly can. It’s about working as hard as the rest of the lads and then even harder to make sure that I’m in top shape and hitting the stats that I should be at Celtic Park.”

Ross County, who like Celtic have bought their own Covid-19 testing unit, also returned to training.

Clubs are limited to what is allowed for the general population during phase one of the easing of lockdown, which means only two individuals can train together in a specified area while socially distanced.

Most top-flight clubs will start pre-season training next week and requirements for coronavirus testing will kick in during phase two when contact training is allowed.