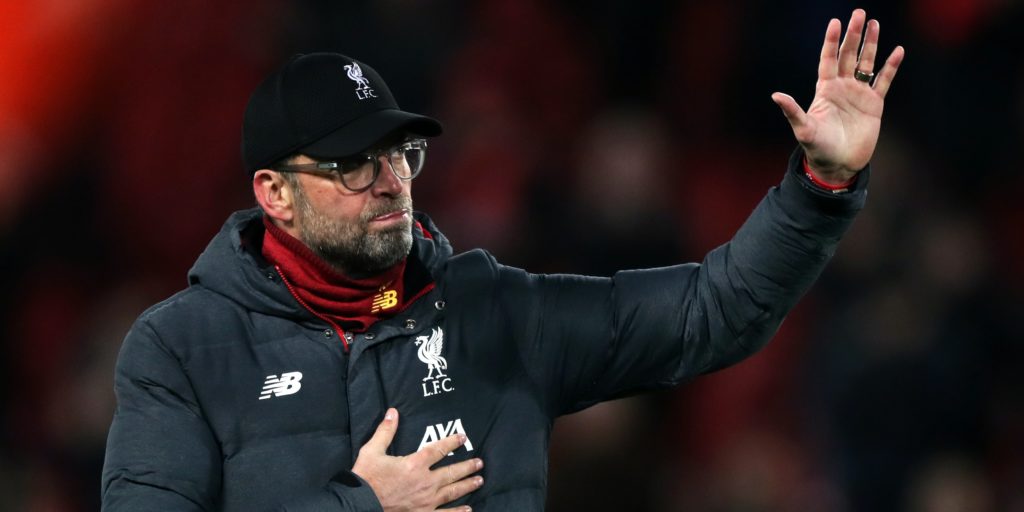 The Premier League will resume behind closed doors.

Liverpool manager Jurgen Klopp is enjoying watching his players create their own atmosphere as his side warmed up for their Premier League return with a 6-0 Anfield friendly win over Blackburn.

The match not only enabled Klopp to step up his players’ fitness levels ahead of the Merseyside derby on June 21 but also to adapt to the closed-door surroundings and the safety protocols.

On the lack of supporters, Klopp told Liverpool’s website: “Yes, it’s different, of course. You need to get used to it, but I like it. After three times, it is completely OK.

“I thought before – and I don’t have experience in this area – that it would be really awkward, but we have to create our own atmosphere in the games.

“We have to be lively as well, we have to be animated and stuff like this. Being positive about the things that have happened and so on, that’s how you can create an atmosphere – and it’s what we have to do as well. Apart from that, it is Anfield.”

Klopp is also trying to ensure there are no surprises for his players when they deal with the unusual new rules and protocols designed to stop the spread of Covid-19.

“Our meeting was here in the boardroom. We want to have it like this, we can organise it differently at Anfield when we play here, but we have no clue how it’ll be at away games and we need to create as awkward-as-possible situations just to not be surprised.

“We want to focus completely on football and whatever happens around the games, we just take it like it is.”