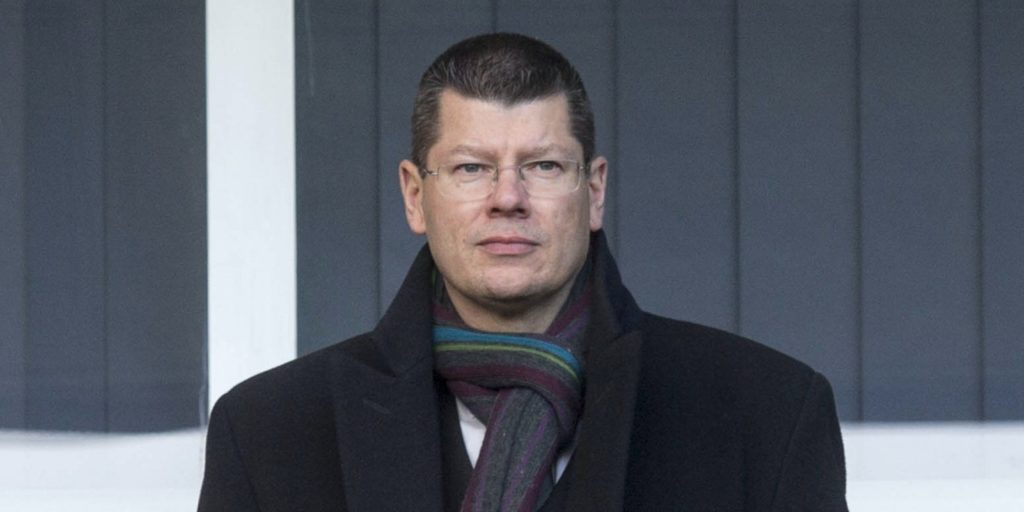 Neil Doncaster wants “clarity one way or another at the start of next week”.

Scottish Professional Football League chief executive Neil Doncaster has confirmed plans for a permanent top-flight expansion are a last chance to change the structure before next season.

Clubs have been asked to provide their opinions on a permanent 14-10-10-10 model after previous reconstruction attempts failed to garner enough support.

Doncaster believes there is enough sympathy for the three clubs who face being relegated without playing a full season – Hearts, Partick Thistle and Stranraer – plus support for a permanent change to justify the continued debate.

Doncaster said: “We’ve been consulting with our clubs regarding possible reconstruction in recent weeks and asked all 42 clubs to give their views.

“Now that 41 out of 42 clubs have responded, it is clear that there is enough support for a permanent 14-10-10-10 structure to merit a second consultation stage and we have written to clubs asking for an indicative vote on whether that is something they would vote in favour of if it was included in a detailed formal resolution.

“It’s important to underline that this is not a binding vote and is intended only to steer the board on whether to put forward a formal resolution for voting on, or not.

“Understandably, the consultation exercise confirmed there is sympathy for those clubs relegated at the end of season 2019-20, but also that there is no reasonable prospect of clubs approving a temporary reconstruction solution.

“However, the board has judged there is sufficient support for a permanent change to merit this second stage of consultation.

“As ever, it will be up to the clubs to decide whether or not to support this proposal and we will be guided by the democratic outcome of the process.

“We are understandably keen to get clarity one way or another at the start of next week, as the timescales are extremely tight and we are faced with the additional complexities of resuming the season, caused by Covid-19.”

Clubs have been asked to respond to the idea by 10am on Monday and also on whether they would agree to shortening the notice period for a general meeting to seven days.

The plan would need to be backed by 11 Premiership clubs, at least 17 clubs from the top two divisions combined, and 32 of the 42 clubs overall.

The revised plan would see Highland League champions Brora Rangers and Lowland League winners Kelty Hearts join the SPFL with no relegation in any division and the respective runners-up – Inverness, Falkirk and Edinburgh City – all gaining promotion.

A 14-team top flight would likely involve a split into a top six and a bottom eight, resulting in some Premiership teams playing four more games than others.

The move comes after the failure to garner enough support for Hearts owner Ann Budge’s suggestion for three divisions of 14, and a proposal from Rangers to have an 18-team bottom tier involving colts teams from themselves and Celtic.

Both ideas were doomed to fail because they effectively consigned six teams to playing in the bottom division, who would be in League One under the scenario proposed by the SPFL.

A number of clubs also baulked at Budge’s two-year plan as it would have resulted in mass relegation in 2022.

However, the likes of Aberdeen, while happy with a temporary solution to the predicament facing relegated clubs, have previously indicated that they do not believe a crisis is the right time to make lasting decisions on league structure.

Budge has threatened legal action if Hearts are relegated as a result of the decision to end the season early.