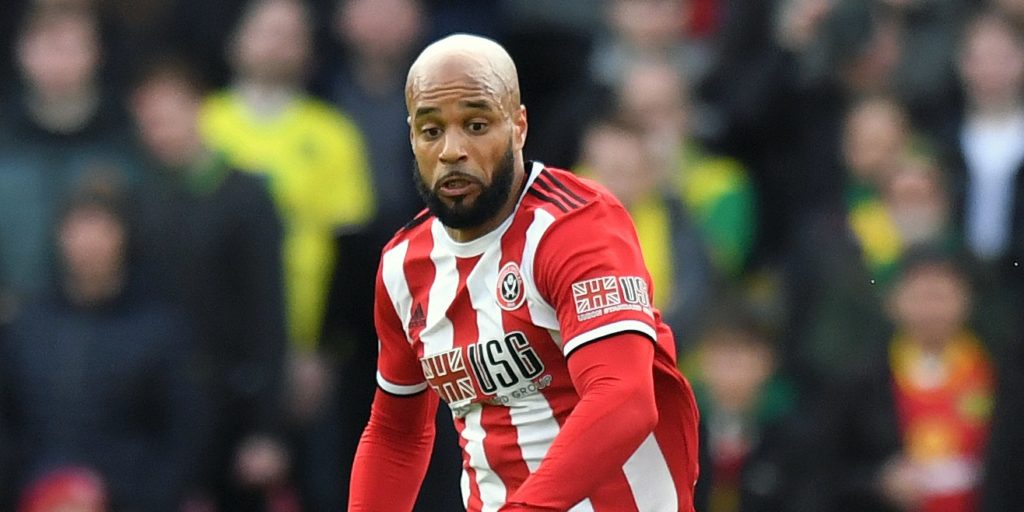 The Republic of Ireland international is yet to break his duck in the Premier League.

David McGoldrick has signed a contract extension at Sheffield United that will keep the forward at the club until the summer of 2022.

The Republic of Ireland international scored 15 times in 45 appearances in his first season with the Blades to help them achieve promotion to the Premier League last year.

He is yet to break his duck in the top-flight, though, which is set to resume next week following a three-month hiatus due to the coronavirus pandemic.

McGoldrick has become the third Sheffield United player to put pen to paper on a new deal this week, following in the footsteps of club captain Billy Sharp and deputy Oliver Norwood.

He said on the club website: “There’s nowhere else I’d rather be spending the next two years, so I’m over the moon to sign this extension and remain a part of this fantastic journey the club is on.

“As everyone has seen, this is a club that rewards and ties down those players that have contributed heavily to the success it’s enjoyed so I’m delighted the gaffer sees me in the same bracket as Billy and Ollie.

“This is a strange and horrible time for everyone, in all walks of life, and it’s been tough. But the good news is coming back out of the club and I’m really pleased to have committed my future.”

The 32-year-old, who joined the club after his release by Ipswich at the end of the 2017/18 season, may not yet have scored in the Premier League this season but his industry is highlighted by him being among the centre forwards with the most tackles.

McGoldrick is relishing the resumption, which starts with a trip to Aston Villa on Wednesday, as he added: “It’s going to be different to normal in a lot of respects, but we believe we’re 100 per cent ready.

“As we’ve proved on numerous occasions, we’re a match for anyone.”